The 8 Things You Probably Did Not Know About Street Fighter. Or maybe You Did. Regardless, Keep Reading!

So, you’re a Street Fighter expert, huh? Sure you probably know all the secret moves, special combos, and strategies for every character in the game. But do you know a few of the backstories behind the scenes that made the Street Fighter franchise a phenomenon? I bet you didn’t. Read on and we’ll tell you. 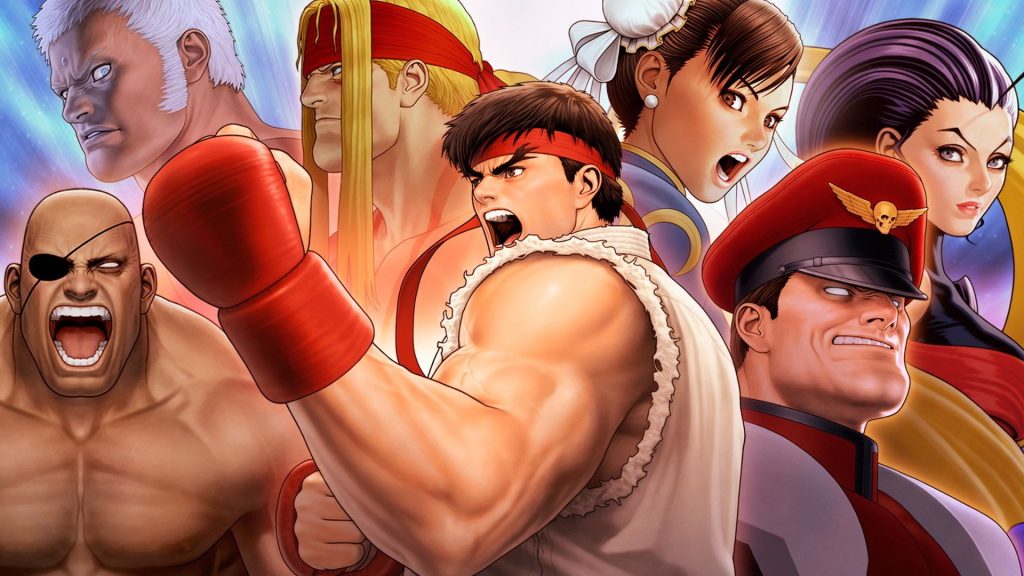 The men and women that started the fighting frenzy

In the original Street Fighter coin-op arcade game, Ryu, the deadly but honorable Japanese warrior, was created wearing red sandals and donning red hair. This was initially done to portray Ryu as a rebellious young man who followed the beat of his drum and took orders from no one. After the popularity of the game, the artists went back to the drawing board and made Ryu more mature and redyed his hair black and added the iconic red bandana. They also removed his silly red sandals and made him fight barefooted instead, giving him that rugged ‘Im gonna kick your ass’ look.

Contrary to popular belief, Ryu, Ken, and Sagat were not the only characters in Street Fighter II to appear in the first Street Fighter arcade game. There was a boxer by the name of Mike, who also appeared in the first game, and was created to be the end boss, under the moniker of Mike Byson. However, legal disputes in Japan and the US regarding the name forced Capcom to rename him Balrog and soon they develop another character named Mike Bison to get around the legal issues. Mike Bison or M. Bison for short, would ultimately be chosen to be the final boss of Street Fighter II.

3. Yes, There Was a Street Fighter Song

The Canadian rock band, Triumph, recorded and released a song titled ‘Street Fighter’ for their first debut album, Rock and Roll Machine, a decade after the Street Fighter game was released. The song had no connection to the video game, hence, no legal issues ever came out of it. If you’ve never heard the song, here’s your chance to listen to it.

If you look closely at the Street Fighter II Championship Edition arcade cabinets, you’ll find an egregious spelling typo: Balrog’s name is misspelled as Barlog. Needless to say, the guy that labeled and printed up the marquee stickers only had one job – and he screwed it up big time! 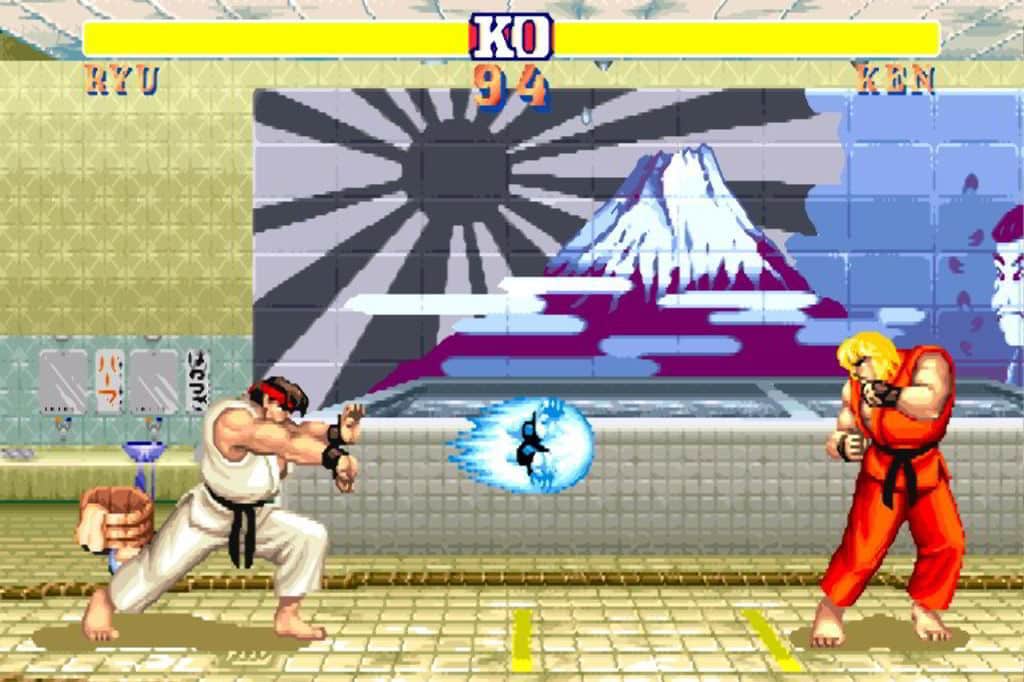 5. What the Hadoken Are You Talking About?

Have you ever wondered what makes up the fireballs Ryu and Ken throw out? If you look closely, you’ll see that it is just a faded duplicate of the character’s hands in the familiar wrist-on-top-each-other pose. In the original drawings, the artists wanted to replicate the two-handed animation as projectiles but thought it looked too gimmicky, sort of like Pac-Man running across the screen. So they decided to place the image inside a blue energy field for Ryu and inside a red fireball for Ken. The result was much more dazzling.

In Capcom’s wrestling arcade game, Saturday Night Slam Masters, the title pays homage to a few of the Street Fighter cast. If you look closely at the crowd at ringside, you’ll see some familiar faces including Ryu, Chun Li, and E Honda cheering on their favorite wrestlers. One wrestler, in particular, Gunlock, was rumored to be Guile’s brother but Capcom never branched out a storyline for him so we never got to see him progress. Rumor has it that he is still being body-slammed from the top rope.

When Hasbro purchased the right to license the Street Fighter merchandise, they were prohibited from using the name Ken on their action figures because Mattel had already copyrighted the name under the ‘Ken and Barbie Collection’ of dolls. To avoid ongoing legal woes, Hasbro simply decided to give Ken a surname: Ken Masters. 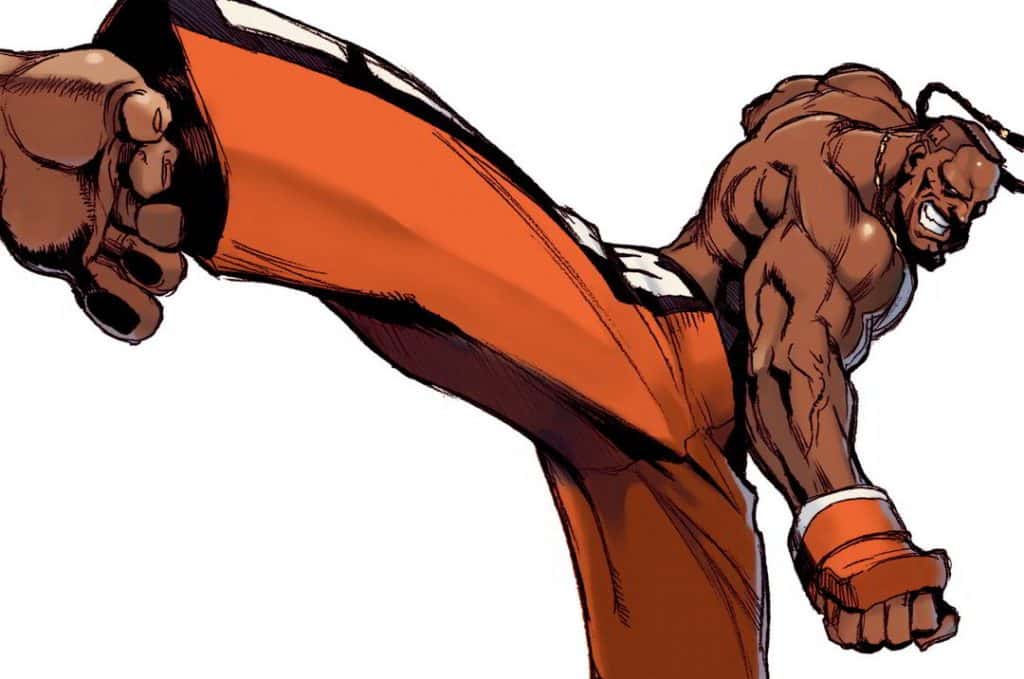 DeeJay. The only Jamaican character designed by an American to star in a Japanese game. Confusing, eh?

Of the 16 Street Fighter II characters, only one was designed by an American artist. Jeff Goddard was a well-known illustrator and had created early concepts of characters to be used in SF II and other fighting games. It was rumored that the heads of Capcom were so impressed with his talents that they included one of his character designs in the game. So who was the only American drawn character to be featured in SF II? Why it’s none other than the Jamaican kickboxer, Deejay.

← That's Not a Car You're Crushing, It's a Launching Pad. Shaolin vs Wutang 2 PC Review →