As you can imagine, being the lone cleanup guy at the edge of the galaxy is a rather tough profession. You’ve got to deal with long hours, lack of respect, average pay, and your phone’s wifi is starting to act up. But hey, that’s the occupation you chose, so deal with it.

Taking its inspiration from 2D classics like Solar Jetman, Willy Jetman: Astromonkey’s Revenge by developer Last Chicken Games has you controlling a titular character who’s job is to clean up the waste left behind after Willy’s ship crash lands on the planet Gravos. The goal here is to explore the treacherous but oddly vibrant planet in a quest to find and salvage the missing pieces of your ship.

That’s the plot behind this platformer for the PC. Yeah, the story is kind of cliché’ but the cool graphics and retro-inspired gameplay will have you overlooking the storyline in no time. As you navigate the expansive world, you’ll encounter armies of strange-looking minions whose only goals in life is to crush you. Fortunately, Willy is armed to the teeth with a slew of weapons to hold off the onslaught. 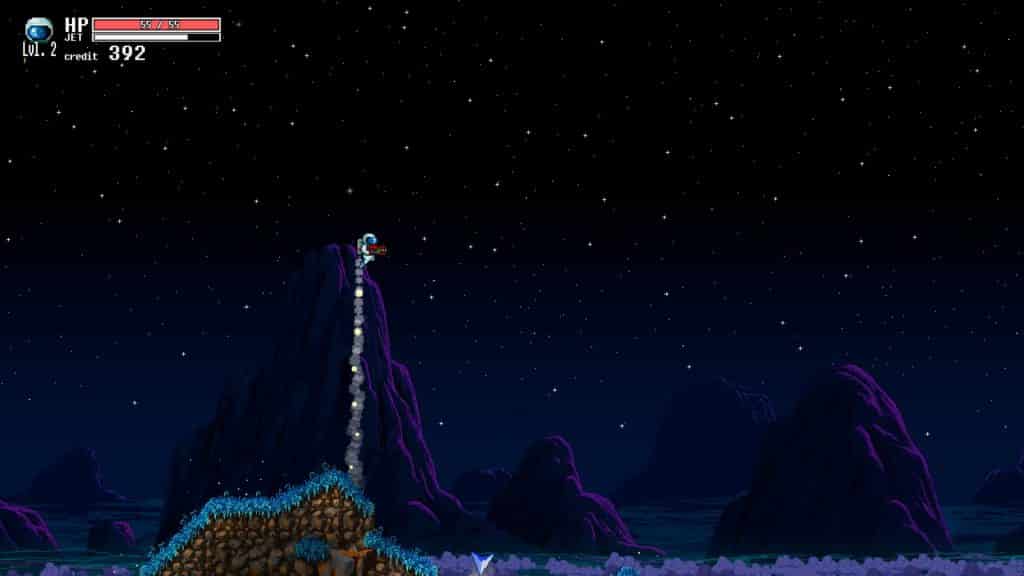 Explore, explore, and explore. But don’t forget to recycle!

Don’t be a litterbug

There’s enough variation in Willy Jetman to keep you interested and the game is challenging enough to keep veteran players entertained for long periods of time. The coolest feature is obviously Willy’s jetpack that you can use to ascend and maneuver to hidden areas of the map. While the jetpack is the best way to explore areas you normally couldn’t jump or walk to, it only has limited fuel, so timing is crucial when making long leaps between ledges. This is made even more challenging when you’re using the jetpack and carrying something with you. Visually, the title sports some impressive graphical effects. The developers have opted to keep the background dark which results in the characters and elements in the foreground to really pop out.

Controlling Willy is very intuitive and precise, as it should be since subtle jumps and accurate landings are needed to maneuver through some of the more difficult levels. While the keyboard/mouse is supported, the best gameplay experience is done with the controller. Despite the simple gameplay, the entire game is magnificently done. There are, however, are a few shortcomings that keep it from being perfect: One, not being able to upgrade weapons in real-time (you can do so only in stores) and two, the game only has one difficulty level from the start, so you end up having to rush through levels only to come back to them when you’ve powered up or found the right combination of weapons. Again, these are my own issues and many players will most likely not even be bothered by them. 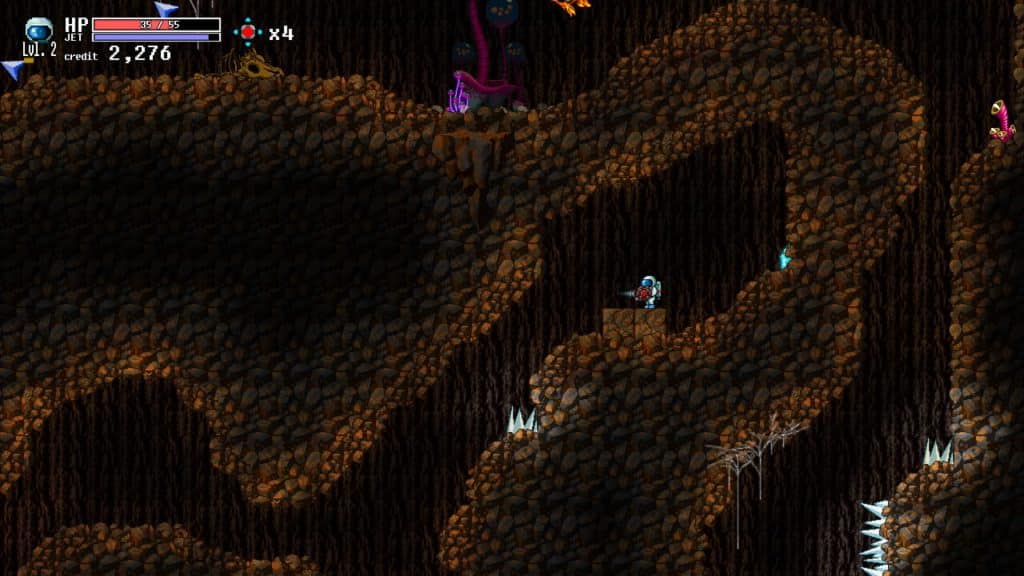 Use your jetpack to navigate the vast treacherous terrain

Overall, I was very pleased with Willy. The gameplay was challenging but not frustrating. The jetpack felt like a natural extension of the character’s movement without feeling too gimmicky. And the platforming was a fun experience without becoming too repetitive. I think the 6-8 hours I spent in-game was more than enough and any more accrued time would have resulted in boredom. Willy Jetman is a solid title that rewards patience and practice. It pulls the best features from games that have come before it and add just enough polish to make it unique and satisfying. Good old Willy isn’t a new premise to the shooter/action genre, but he’s definitely the best one so far.