This is perhaps one of the best mini classic consoles released thus far. From the design to the interface all the way up to the game emulation, Konami did their homework and it definitely shows. A must buy for any collector.

If you’re reading this, you’re either A) an avid gaming collector B) someone who grew up playing games in the 80s and 90s C) a gamer that owned (or once owned) the original Turbo Grafx-16 or D) All of the above. If you’re like me, then the answer is probably ‘all of the above’.

With the popularity of retro console reboots, it wasn’t surprising to see Konami enter the fray with the TGFX-16 Mini. It was the first console to enter the 16-bit market but never really outshined or outperformed its two main competitors: The Super Nintendo and the Sega Genesis. Hampered by NEC’s poor marketing strategies and plagued by ever-increasing hardware flaws, the TGFX-16 never made a huge impact that everyone expected. But history always seems to favor the underdog and Konami is hoping to rekindle history’s past with a modern reboot of its quintessential little console.

The Games: With 57 of the most fun and unique games, the TGFX-16 Mini is hands down the best console reboot released so far. Powerhouse titles like Bonk’s Adventure, Splatterhouse, Ninja Spirit, Gradius, and Lords of Thunder round off some of history’s most iconic games.

System: The TGFX-16 isn’t going to win any awards in the ‘looks’ category, but it really doesn’t need to as long as the software is competent. Straight out of the box, the first thing you notice is that the system isn’t ‘mini’ at all. Coming in at just slightly smaller than the original, the unusual design gives it a distinct but unique look which, personally, makes it that more appealing to own. The HDMI and power inputs are housed in the back of the unit and make for a clean setup. Remember to remove the back cover first to access the ports. The pack-in HDMI cable is an added bonus.

Interface: Once everything is set up, the gaming interface boasts an intuitive menu system similar to that of the SNES and SEGA classics. You can scroll through the selection of games along with the colorful cover art. Unfortunately, there doesn’t seem to be any historical information of the games selected which I feel is a bit of a letdown. Still, the amount of games is hearty and pretty impressive.

Dual Game System: Actually, it’s the same system, but you have the option of playing games that originally were for the Japanese market and those that were imported from Japan. By switching from the TurboGrafx to the PC Engine, you’ll have instant access to some of the most popular import games of the 90s like Snatcher, Gradius 1 and 2, PC Genjin, and Salamander just to name a few. Growing up, I use to only read about these imports. Now, I get to actually play them.

Graphics: The graphics aren’t going to blow you away as they did two decades ago, but they still hold their own even by today’s standards. You can tweak the display settings to full screen, bordered, or even add filters to mimic playing them on an old CRT TV. You can customize the background to give it an even more retro look.

Made for Shooter Fans: While there are some blockbuster hits like Splatterhouse and Boink’s Adventure, the majority of the games included are traditional verticle and side-scrolling shoot em up (SHMUPS) that might limit the target audience. Still, there’s enough content here to satisfy every gamer’s itch. 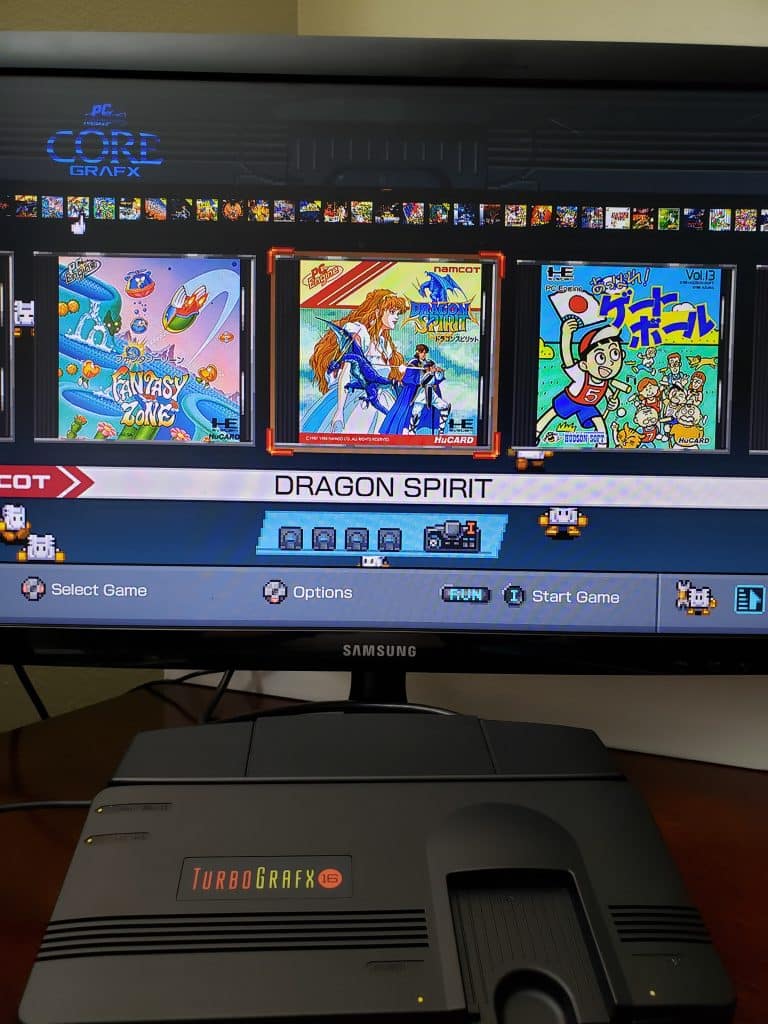 Once you have everything set up, you’ll be spending a lot of time just going through the robust interface.

No USB power adaptor. I’m not sure why a power cable would be included but not the actual power charger. Not a big deal but a head-scratcher nonetheless. You can purchase an adaptor for about $10 dollars but honestly there’s really no reason to. Save your money and use an old phone charger with a USB port if you have one lying around. I do and it works fine.

Games do not scale as the resolution is increased.

No Region Difference between the North American, European, and Japanese versions which means no hard distinction in looks or with the games included. It would have been nice to have different console themes for different regions.

All in all, I really enjoyed playing around with the TurboGrafx-16 Mini. It’s a nicely made reboot with a large variety of games that I’m willing to bet not everyone has heard of or played before. Unlike games for the SNES and Genesis classics which you can purchase through arcade compilations, there isn’t a lot of places to buy TGFX-16 games; not yet anyway. Games aside, the biggest selling point here is in its ability to rekindle those faded memories of a time long forgotten. And that alone makes this a worthy purchase. 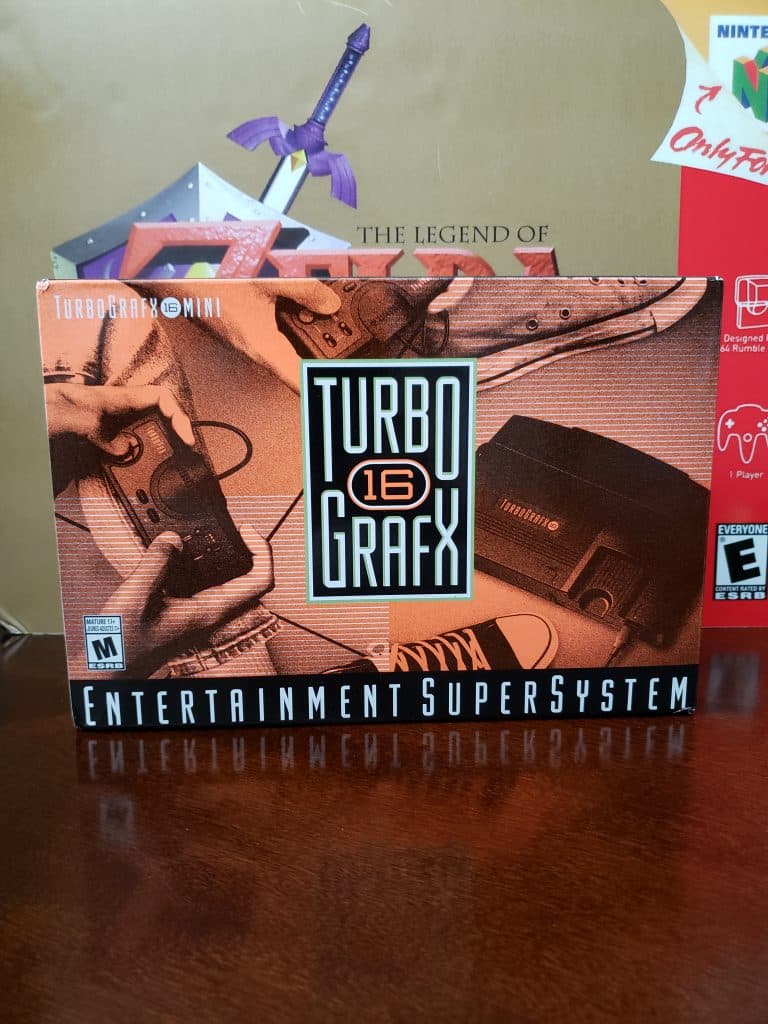 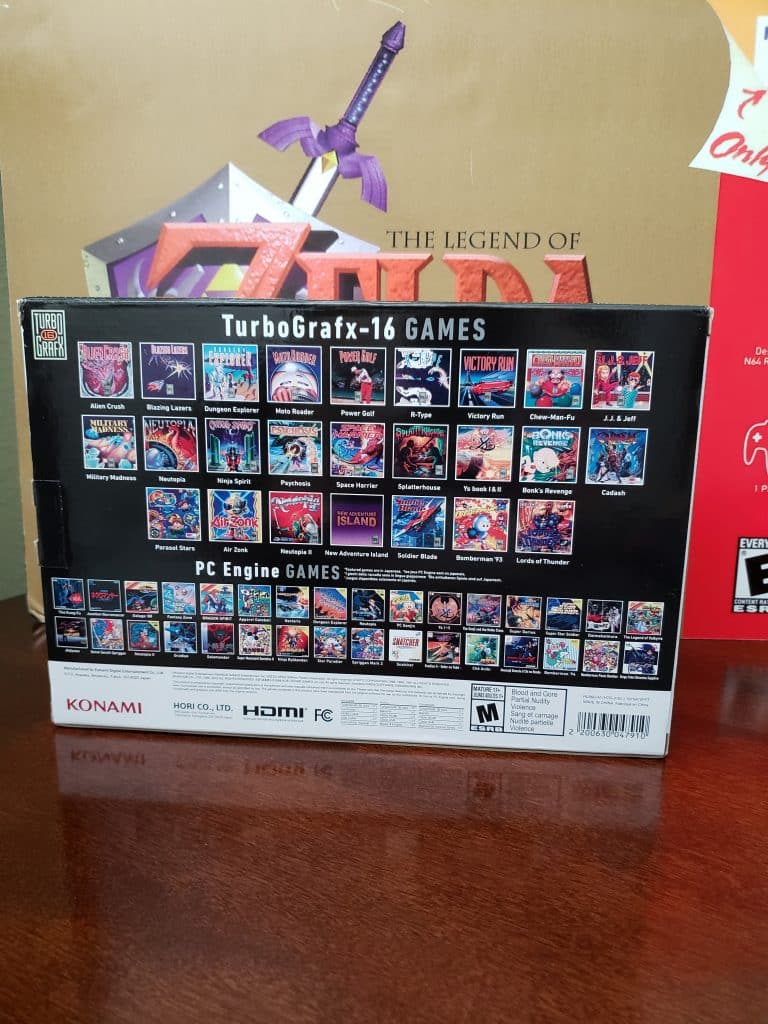 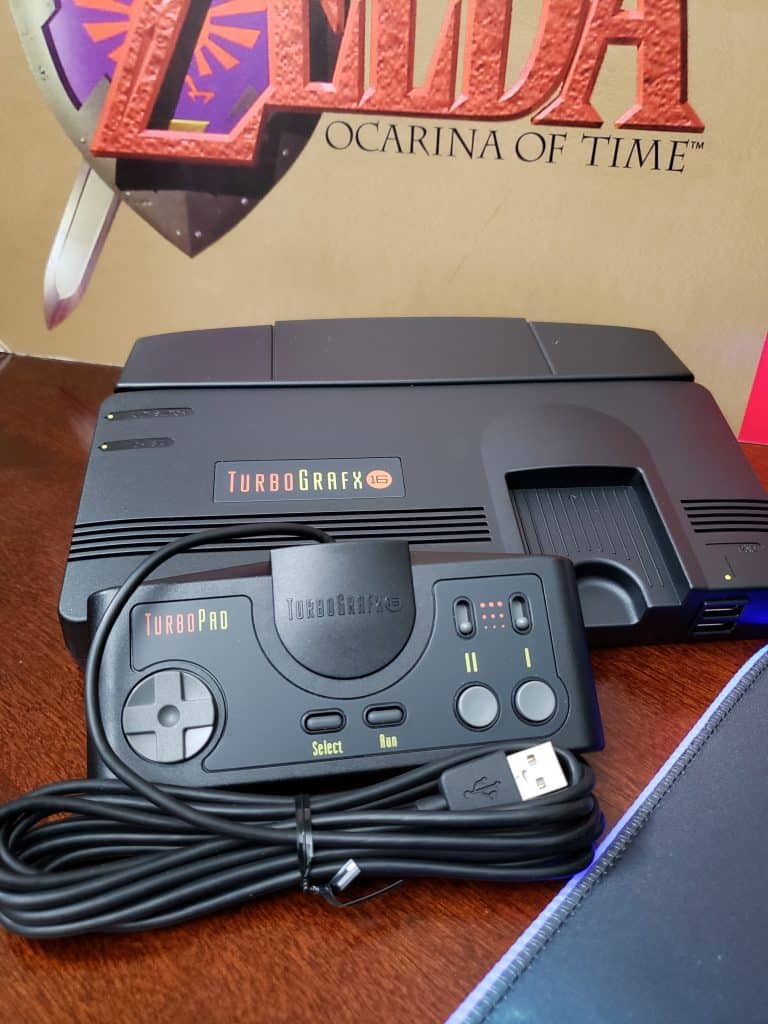 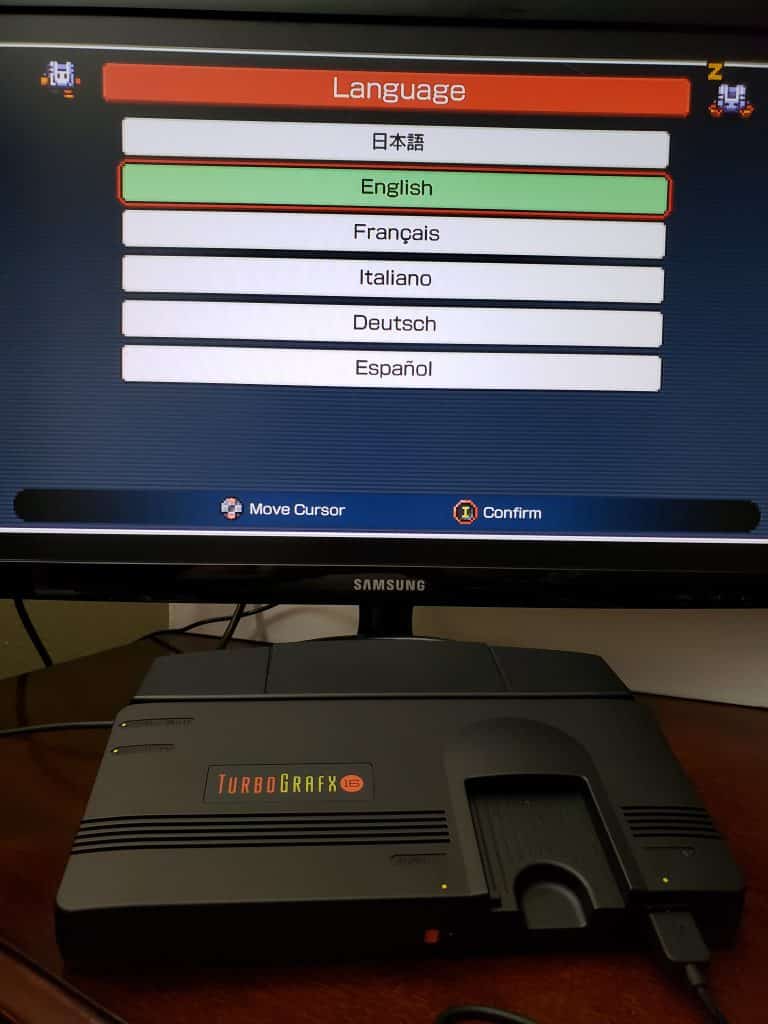 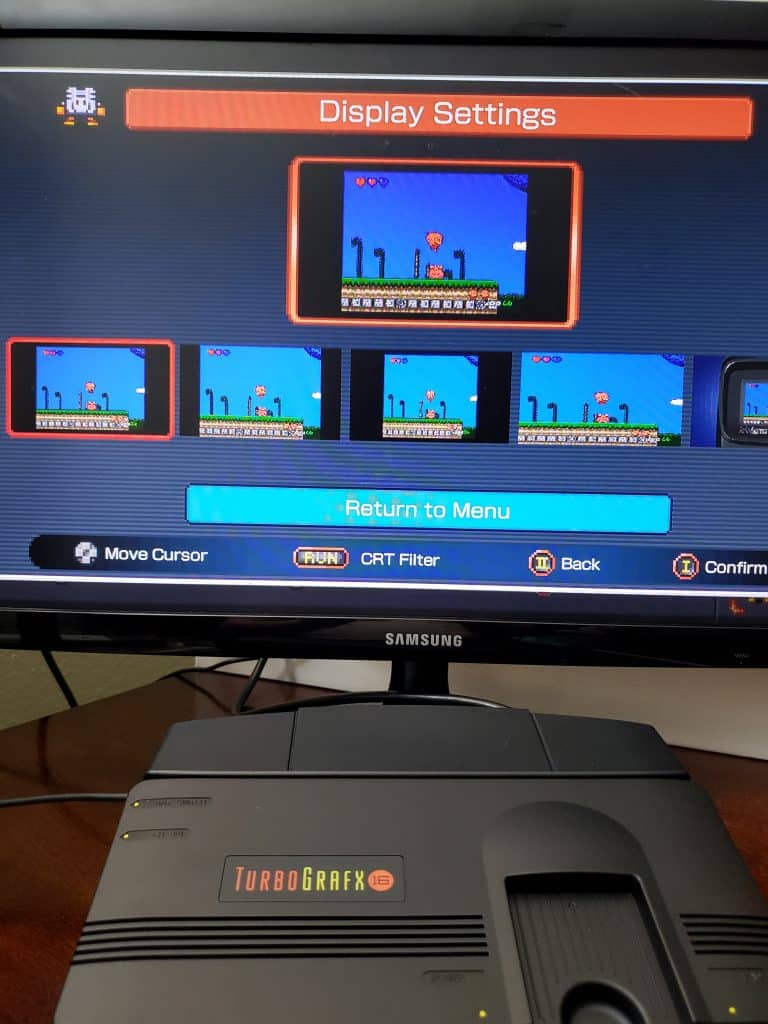 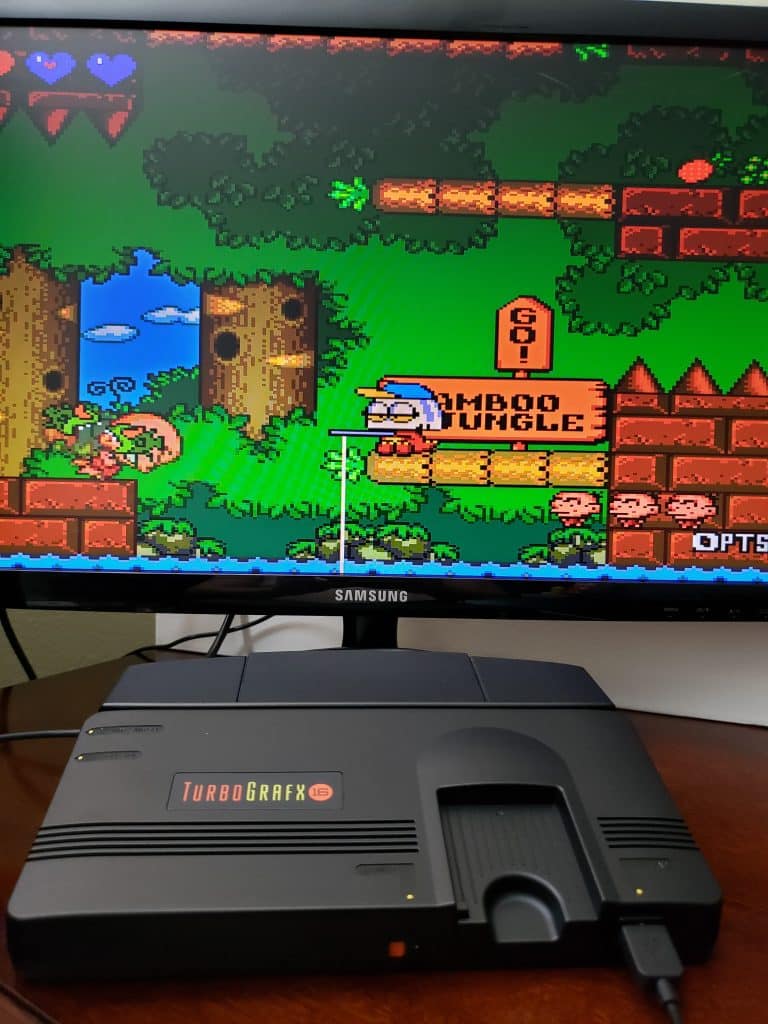 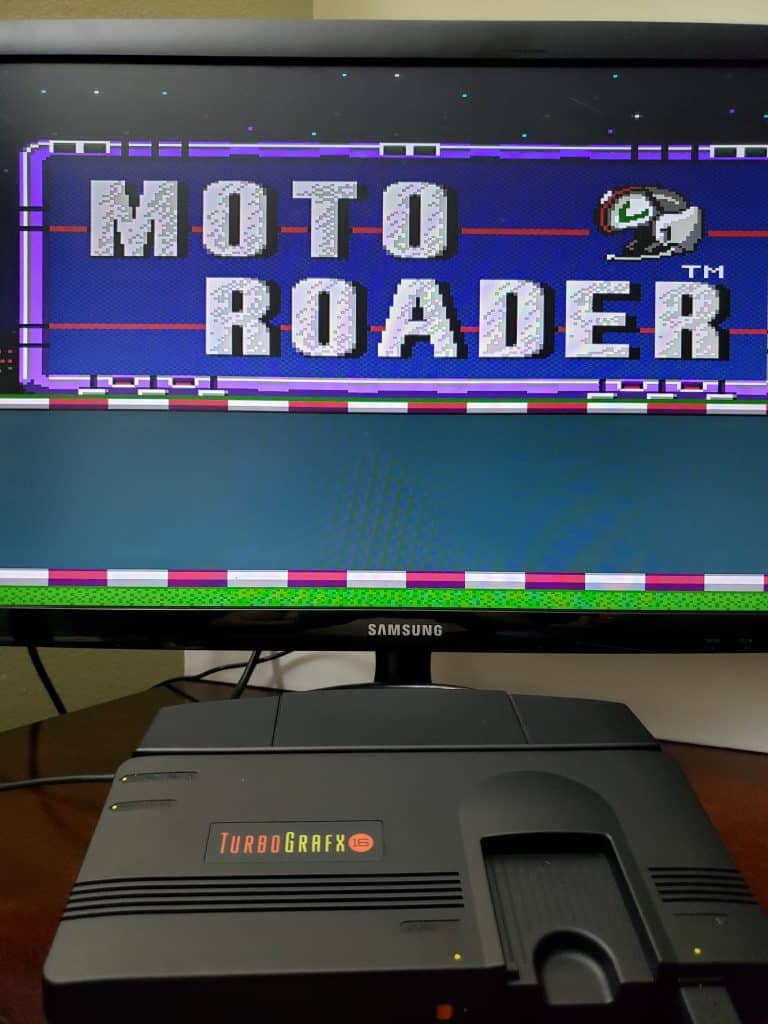 ← Artcade Artbook Review - The Book of Classic Arcade Game Art Samurai Shodown Comes to PC in June - and Yes, There Will Be Blood →