TT Isle of Man: Ride on the Edge 2 Review

One of the most realistic motorbike games to hit the PC in a long time.

Realistic motorcycle racing games are few and far between. Either you’re stuck with lighthearted arcade games like Trials or Motocross Madness, or over the top serious sims like the classic Castrol Superbikes. With this lack of middle ground, much of your two-wheeled racing is spent on ridiculously easy circuits or painfully impossible ones that may be too complex or too frustrating for the average rider.

TT Isle of Man: Ride on the Edge 2 by KT Racing and BigBen Entertainment, straddles that fine line between simulation, arcade, and fun. When playing in the Free Roam mode, for example, the game lets you play at your own pace without any pressure. It’s also a great way to experience the riding physics first hand as well as the handling of the different bikes. While other racing sims have tried to offer this feature in the past, none have managed to get the balance down as well as TT2.

On the simulation side, you’re in control of absolutely all aspects of bike racing, which is incredibly difficult to learn, but imminently rewarding. There’s even a dedicated volume specifically for wind – how’s that for realism? The only real downside is that the bikes feel oddly slippery when coming in contact with bumps which often causes unnecessary wipeouts. 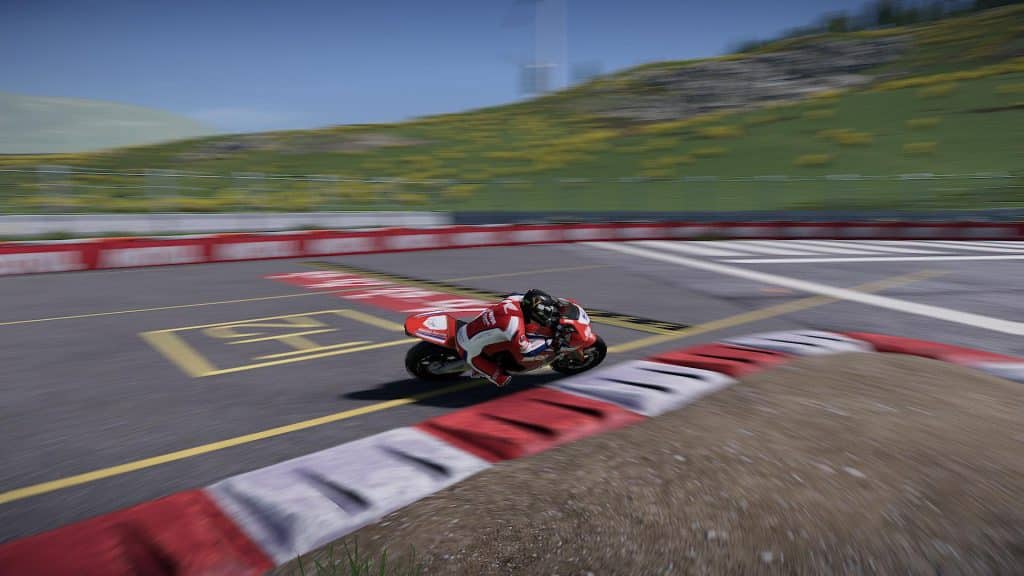 Take this turn at the right speed and angle. If not, you’ll be taking an ambulance ride home.

Survival of the Fastest

The graphics, as you can see are amazing and usher in a feeling of speed that very few games can claim. Even with the settings turned up, the game ran smoothly without any framerate issues. The controls are top-notch and the 17 real-world tracks are long and ensure plenty of replay value. The different camera angles heighten the immersion factor, but I found the traditional behind-the-rider view to be the most effective.

TT Isle of Man: Ride on the Edge 2 is arguably the most enjoyable motorcycle sim on the market today. Even if you compare it to the other simulators like Ride 3 or MotoGP20, the game still holds its own. The fine balance between arcade and simulation will certainly attract both type of players and easily make the game worthy of a purchase.

← They Became Extinct Millions Of Years Ago. Now It's Payback Armed to the gears review - Armed and semi dangerous →