RBI Baseball 20 is a solid no-frills barebones baseball game that will satisfy your baseball itch until a better game comes along.

With impressive graphics and a pumping soundtrack, RBI Baseball 20 for the PC envelopes you in a TV baseball atmosphere. But once you get out on the field, fans of the game may become disappointed by the average gameplay and shortage of options.

The good news, however, is that this version is packed with all the major league players and teams. RBI 20 lets players step up to the plate in Exhibition, Post Season, and Franchise mode. Players can also compete in the Home Run Derby taking control of the league’s best sluggers. Graphically, all the stadiums are exquisitely rendered. Multiple camera angles help to track the ball as it zooms towards the outfield, and the respectable player models move smoothly around the bases.

On the downside, certain animations like throwing can definitely benefit from more tweaking to make it more fluid. Right now, when a player throws the ball to first base, it comes out like a bullet. This uneven animation from fielding to throwing makes the game feel unpolished. While you have the options of playing with the MLB greats and legends, there’s very little resemblance to their real-life counterparts. The skin tone and batting stances are correct for the most part, but the player model themselves are lacking. Other shortcomings include the inability to draft players, no instant replays, no play-by-play announcer, and there doesn’t seem to be a way to view the progression of your players.

As any die-hard player knows, the batting and pitching is the heart of any baseball game and fortunately, RBI 20 represents this dynamic duo well. In addition to the regular fastball, curve, and change-up, you’ll have an arsenal of real-world pitches depending on which pitcher you choose. Some pitchers also have drop pitches, meaning if the pitch is not placed correctly, it will drop in the dirt. So monitoring your pitcher’s stamina and fatigue levels are critical to winning. 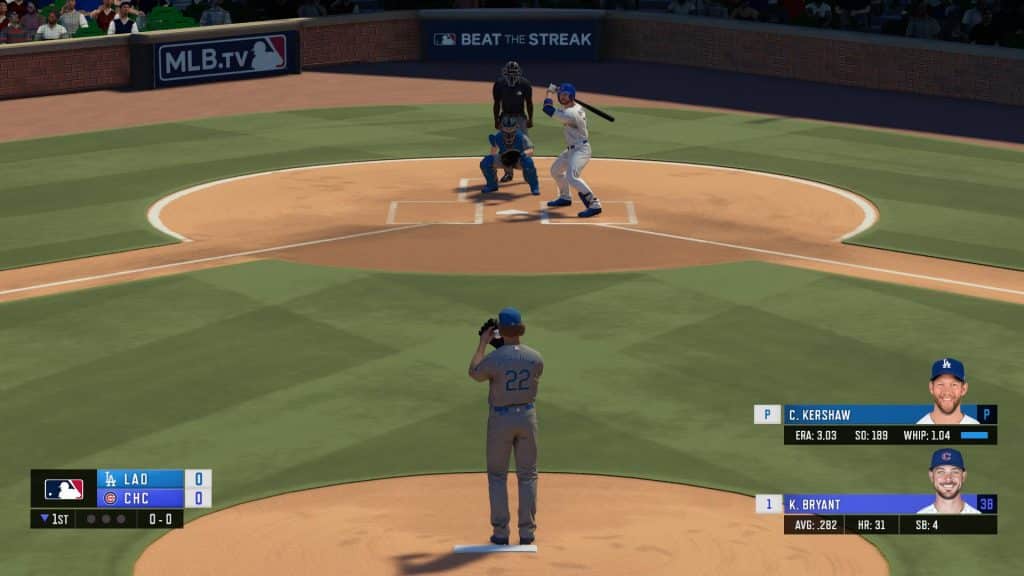 Always throw a strike on the first pitch as the AI batter rarely swings at it.

While RBI 20 is a solid improvement over its predecessor, it still plays more like a boisterous pick-up-and-play arcade game than a detailed baseball sim. Anyone who has played any of the RBI series in the past should know this. And anyone picking this up expecting anything more will be sorely disappointed.

RBI 20 may not keep hardball sim fans entertained for long, but for those looking to satisfy their baseball itch, this game is a good hold over until The Show is ported to the PC sometime next year.

← Crysis Gets Remastered and It's Coming this Summer! Streets of Rage 4 PC Review - Our Favorite Hot Fisted Fighting Game →