TL;DR: The best and most engaging dogfighting in the galaxy is waiting for you.

All right, I’ll admit that I’m a Star Wars freak with a collection of all the old and new action figures and models. So when Star Wars: Squadrons hyper-spaced onto my hard-drive, I strapped myself inside my favorite x-wing chair to give it a spin.

From the opening credit, you know you’re in for a treat. With a squadron of X-Wings, you’re streaking above an imperial destroyer zig-zagging in and out corners and deep crevices trying to take out a radar installation. That great John William’s soundtrack is pounding in the background and green flak from hundreds of cannons are exploding around you.

Suddenly, dozens of Tie Fighters appear on your radar but you can’t see them against the dark backdrop of space. Alert splashes on the dash alerting you that an enemy missile has locked onto your X-Wing. You take evasive maneuvers and speed down as close to the enemy star destroyer as possible. The missile detonates beside you but your ship remains intact. You line up your X-Wing again ready to make another run.

At this point, you suddenly become aware of Squadrons’ epic fleet battles and multiplayer mayhem. The graphics look great and I was blown away on first seeing the 3D versions of all the iconic ships.

At first, I could care less about shooting anything, I just wanted to explore — you can pretty much fly anywhere so I was getting real close to the Imperial Fleet and even flying in between parts of the Star Destroyers. 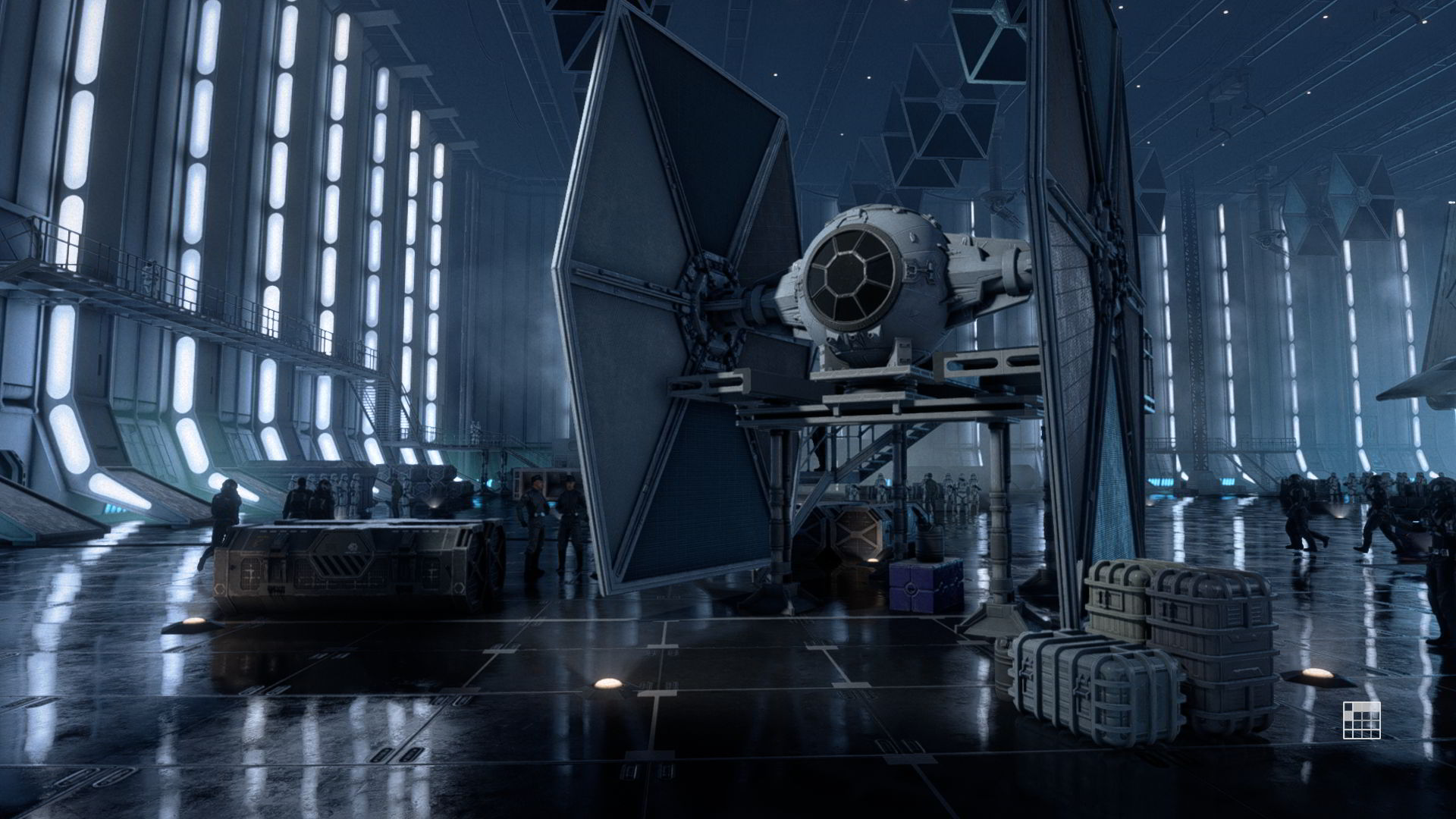 The iconic Tie Fighter. The most feared fighter craft in the galaxy

The Force is Strong with this one

Be forewarned though: if you’re going to purchase Squadrons for its single-player experience, you might want to look elsewhere. While it does have a single-player campaign, it isn’t hearty enough and is simply a short collection of missions strung together with the traditional Rebel vs. Empire storyline. Where Squadrons does shine, however, is in the online multiplayer which is an absolute blast.

Previous Star Wars games were great space sims but with one major omission: they lacked that special thrill that comes with battling against human opponents. Star Wars: Squadrons is aimed squarely at multiplayer action and Electronic Arts have nailed this on its proverbial head.

My only real issue with the game is that while you can look around inside your ship, there’s no third-person view of any kind so you’re relegated to always having to view the action in the first-person mode. I don’t mind it so much, but every now and then I just want to fly around and take in the scenery.

When compared to that other Star Wars games such as Rebel Assault or X-Wing Alliance, there is no comparison. The feeling of blasting Tie Fighters out of the sky in a fully destructible universe with all this freedom of movement is a lot more fun than Assault’s railroad track course.

Other than that, Star Wars: Squadrons is by far the best of the first crop of space games in the Star Wars universe and should be applauded for its outstanding achievements. Fans of the movie won’t be disappointed either.