TL;DR: A bit on the short side, but a faithful recreation of an all-time classic nonetheless.

Well, if there was a 32-bit game that was just crying out for a modern-day release, it had to be Sega’s Panzer Dragoon. The smooth gameplay, intriguing story, and crisp graphics were great for its time, but one could only imagine how much more immersive a remastered version could be. Thankfully, Panzer Dragoon: Remake does exactly that, with a combination of near graphic perfection and a presentation that really catapults the player into the realm of dragons.

In this remake, you traverse six levels through a mythical world to complete your missions. Everything from the architecture, the design, and the blue ocean cities are rendered so perfectly old school that it makes you wonder if you had a Sega Saturn tucked away inside your PC. The developers took still shots of the original base game and updated them with modern day lighting and cool special effects. Since the code to the original Panzer Dragoon was lost, the artists have done a remarkable job at recreating the environment and 3D models to near perfection. If I had not known that this remake was recreated from scratch, I would have thought it was the original game spruced up to take advantage of modern-day hardware. 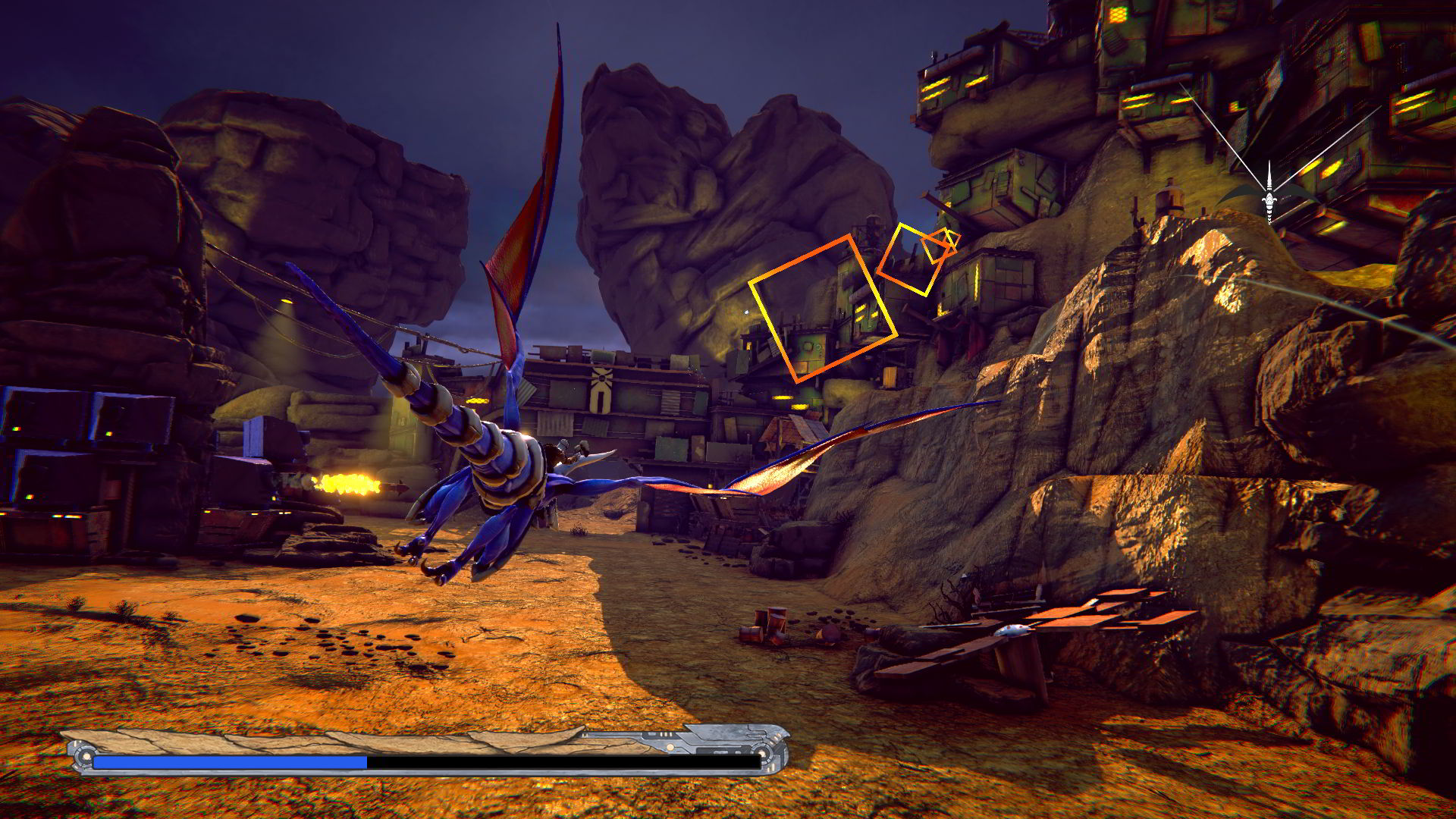 Always keep your finger on the trigger since enemies attack from all sides.

Rail Me In, Boys

To be quite honest, when I first played the game on the Saturn I was not a big fan of rail shooters at all. Actually, I thought they were just outright boring. But this was a far cry from what I was used to and the fact that you rode on top of a dragon made this one feel particularly different and special. Gameplay-wise, nothing has really changed from the original. You still ride a dragon, follow a set path, and hunt down giant sandworms and flying drakes through four viewing angles – front, back, left, and right. Despite not having the ability to able to fly anywhere, the level of interaction is put to good use. As players fly through the game, the enemies attack from all sides, so you’ll have to keep an eye on your radar and have to constantly change up your viewing angles to stay alive.

The music fits the mood perfectly and has heavy inspirations from the metal rock days of the ’90s. Loud orchestrated symphonies followed by low lulls indicating impending doom help create an atmosphere that is not only wonderful to look at but angelic to hear. Controls are a mixed bag as I had a hard time adjusting to the Xbox gamepad. But once I reverted back to the mouse/keyboard combo I was all set.  It didn’t take long for me to start blasting away at enemy critters left and right and before too long, it became second nature. No doubt that if given the option, the mouse/keyboard provides the best playing experience.

Skeptics may argue that Panzer Dragoon: Remake is just a simple shooter. True, but it happens to be a very good one at that. Each level offers new and exciting challenges that place a new twist in the tired formula. It’s been over 25 years since I first played it on the Saturn, and this version proves that there’s still life left in the shooter genre. Add to it the improved graphics and controls and you’ll be totally immersed in a world, unlike anything you’ve ever experienced. Kudos to MegaPixels Studios and Forever Entertainment for bringing this classic back to the forefront. If this remake is any indication of what we have to look forward to, then I’m all in for the ride!

← Art of Rally Review - Finally, a Rally Game that Really Takes Off The Long-Awaited “Metroidvania" is Available Now On Steam! →