Formula Retro Racing recreates the classic arcade racers from a bygone era. Despite the pleasurable, albeit short gameplay, the questionable AI keeps it from becoming a true Virtua Racing successor.

Back in the early days of gaming, the word polygon was frequently used more in an algebra class than in video games. But that all changed in the early ’90s when Sega released Virtua Racing for the arcades. Gamers from around the globe eagerly waited to try out the game that many players heralded as the new standard in racing games.

If you were too young to actually try out Virtua Racing in the arcades, the Genesis, or the 32x, then you’re in luck because a Virtua Racing inspired game, aptly titled, Formula Retro Racing by developer Repixel8 is hoping to find the same success as the original.

The first thing you’ll notice about Formula Retro Racing isn’t what’s new, it’s what you’ll actually recognize from the arcade and console version. You take control of a large polygon-based F1 race car across twisting tracks and against a bunch of AI drivers. The courses are long and offer some unique backdrops including, rolling hills, picturesque backdrops, and steep cliffs rising up alongside a spectacular seaside view. The camera allows you to view your car from multiple angles and can switch between those views with a press of a button. 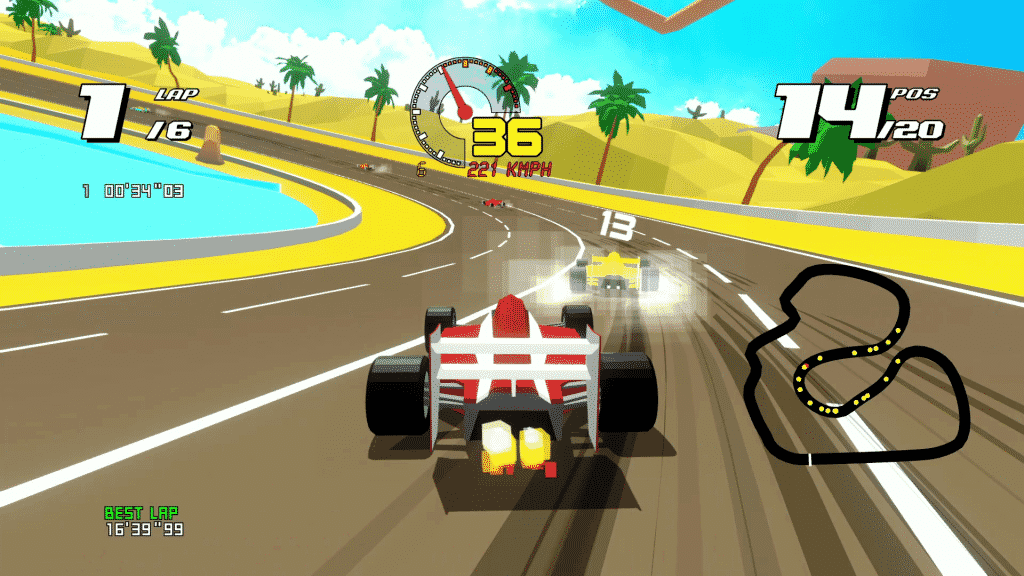 Make sure to steer clear of the AI drivers. They love to cut right in front of you.

Unlike other racing games that allow you to customize your car, Formula Retro Racing limits your options to just four settings: car selection, the course you want to race in, difficulty, and whether you want to drive manual or automatic. That’s it. It literally takes the thinking out of the game in favor of an all-out arcade rush. Without any of the cumbersome driving statistics to bog you down, the game puts the emphasis on your driving skills which you will need to hone since your car comes out of the rolling start like a rocket.

So is Formula Retro Racing a perfectly fun game? Fun yes. Perfect no. Obviously, no game is perfect, but the game suffers from several conspicuous flaws starting with the gameplay. First, the collision detection needs some work. There were too many times I slammed against the wall only to have my car come to a near halt. Other times I barely scratch the side of a rail and my car falls apart. Then there’s the question of the AI drivers and their ongoing attempt to not just beat me but to literally take me out. I’ve seen many of the AI drivers take a straight line at full speed then suddenly swerve in front of me with no rhyme or reason. It’s as if I slept with their wives and kicked their dogs in a previous life and now they’re out for revenge.

The other disappointment is that the game is a single-player only. What made Virtua Racing in the arcades soar to legendary heights was in its multiplayer capabilities. There was nothing like racing side-by-side with a group of friends, bumping each other, and screaming your way to the finish line. Hell, even the Genesis version offered a split-screen two-player mode. Don’t get me wrong, FRR is still fun, but without any real challenge, the racing gets old pretty quickly. 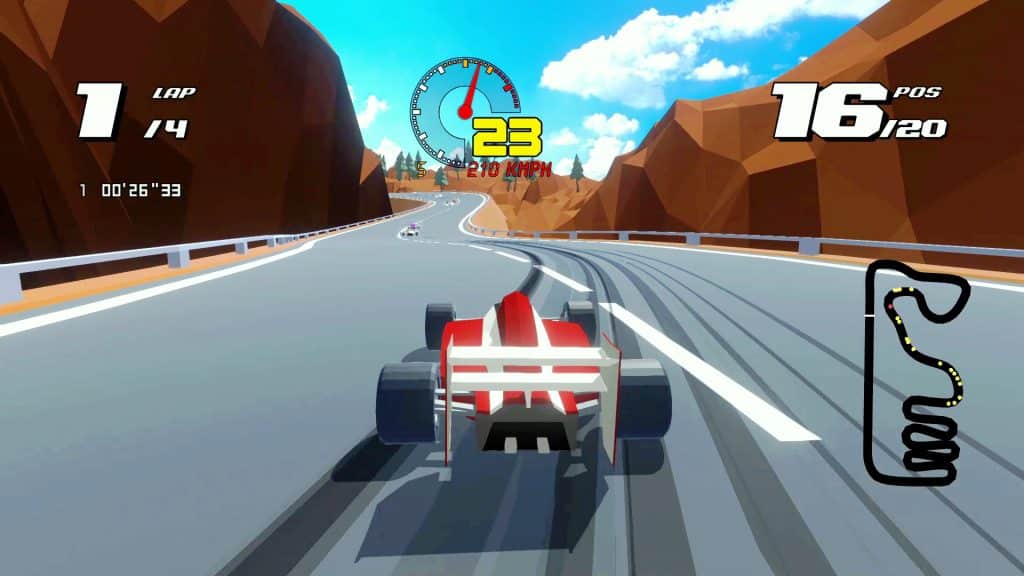 With enough practice, you can take these turns without letting up on the accelerator

It’s inevitable that we speak briefly about the graphics as this is one of the interesting features that made the game stand out. Aesthetically, FRR looks really good with its use of vibrant colors and lush backgrounds. The courses really do tilt and bank as you zoom by them. Throughout the race, the over-exaggerated use of color and 3D polygon shapes are put to good use and you’ll see a host of graphical effects like skid marks, sparks, as well as smoke and explosions during wrecks. The only real downside to the graphics is that you won’t have time to view them as the game is all about moving, not stopping.

While Formula Retro Racing brings with it a thrilling racing experience, the depth of the gameplay is its biggest flaw. Even at under $15 dollars, the amount of content you get is lacking. And without the challenge of human opponents, even the most die-hard race fans will tire quickly of posting their high scores up on the leaderboards. Still, for players looking for a quick adrenaline rush, Formula Retro Racer offers some of the best arcade-style racing since, well, Virtua Racing – and that’s saying a lot.