Have you seen the 2011 footage of the horror film “Grave Encounters,” that follows the crew of a paranormal reality television series (think Ghost Adventurers, but less fortunate) spending an entire night locked in an abandoned asylum to film for reported paranormal activity, in which they are eventually picked off by evil spirits? Phasmophobia is exactly that. 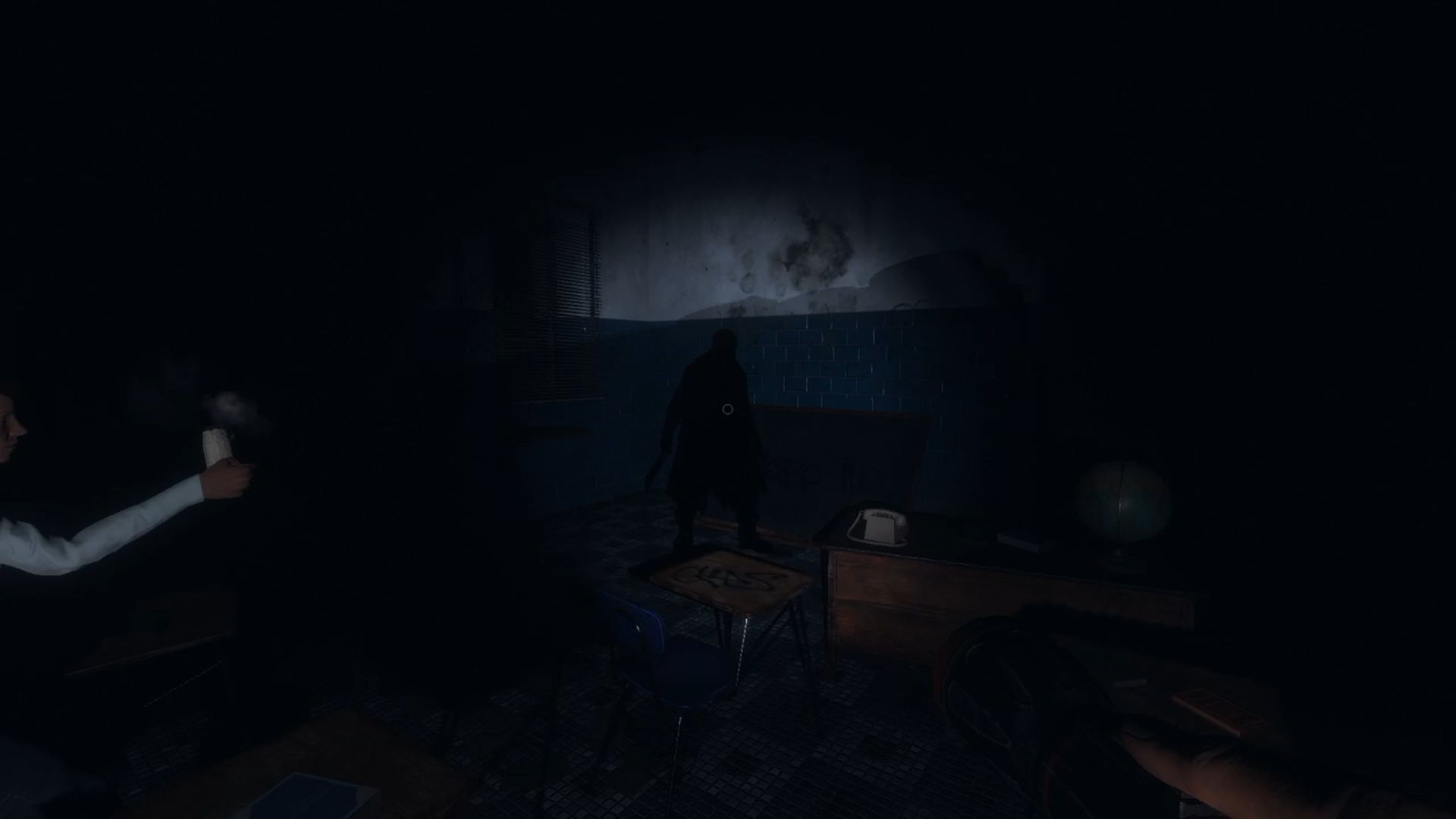 What lurks in the shadows isn’t all that it seems. Or does it?

Don’t Stare at the Dark too Long…

Phasmophobia (trivial fact, is a real term describing the fear of ghosts) follows the adventures of one to four brave souls entering the creepy premises of the paranormal, gathering clues using various kinds of equipment in order to figure out exactly what kind of entity they are dealing with. You can play it with a VR or the usual keyboard and mouse. These ghost hunters must be able to complete each run as a team effectively, professionally, and quickly, and each successful run will let them take home at least a few hundred dollars and experience to level up. They are then able to use that money to buy other sorts of equipment in order to best help them with their assignments; some kinds of equipment are locked so the player must gain experience to unlock them. Considering they commonly face death and barely escape its grasp, I’d say they are seriously underpaid! 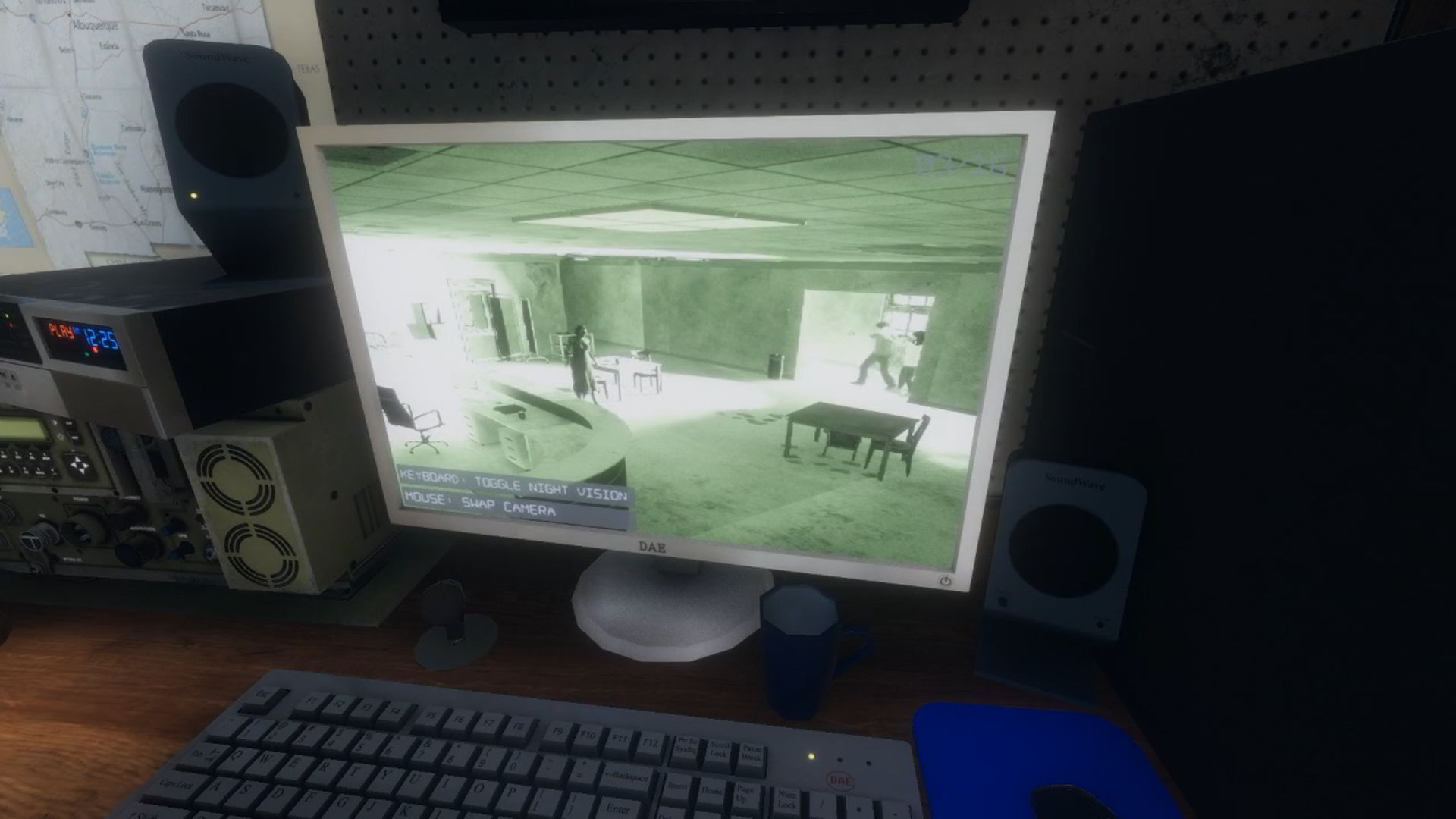 Check the CCTV often. You can capture some strange paranormal activities there.

The ambiance and the general feel for the game really set the tone. It relies not on cheap jump scares, but anxiety-inducing fear. Outside is pitch black, sometimes it rains, the buildings have a ghostly hum, sometimes you fear turning around. You swear you saw someone down the hallway, or you see the lights flickering, or footsteps that you know very well aren’t yours. It’s this kind of horror that I am extremely fond of! There are three difficulty levels: amateur, intermediate, and professional. Amateurs get a setup time (or grace period) of five minutes, intermediates get two, and professionals get none. Upon death, amateurs get 50% of their money back, intermediates get 25%, and professionals.. you guessed it. Get none.

There are four main locations the players can go to farmhouses in the middle of nowhere, suburban family homes in a normal neighborhood, a high school suspiciously in the middle of literal nowhere, and an asylum. Once at a location, the game pits you against a single ghost with a randomly generated model, name, and personality. There are twelve different kinds of ghosts, each ranging from a shy spirit that only gives signs to those who are alone, to a very aggressive, hyperactive demon that hits fast and hits hard. Some ghosts could be very easy to work with or could be very stubborn, forcing the players to work a little extra harder to find out what it is. The players must make use of their equipment: thermometers could be used to track cold temperatures to locate the spirit, spirit boxes could be used to communicate with the ghost, Holy crucifixes can be used to keep it at bay, cameras could be used to find ghostly orbs floating about, and most importantly, flashlights in order to help you see in the dark. The players start with 100% sanity and throughout the mission, it gradually decreases to zero. You are able to take pills in order to replenish your sanity (I jokingly refer to them as Tylenol). 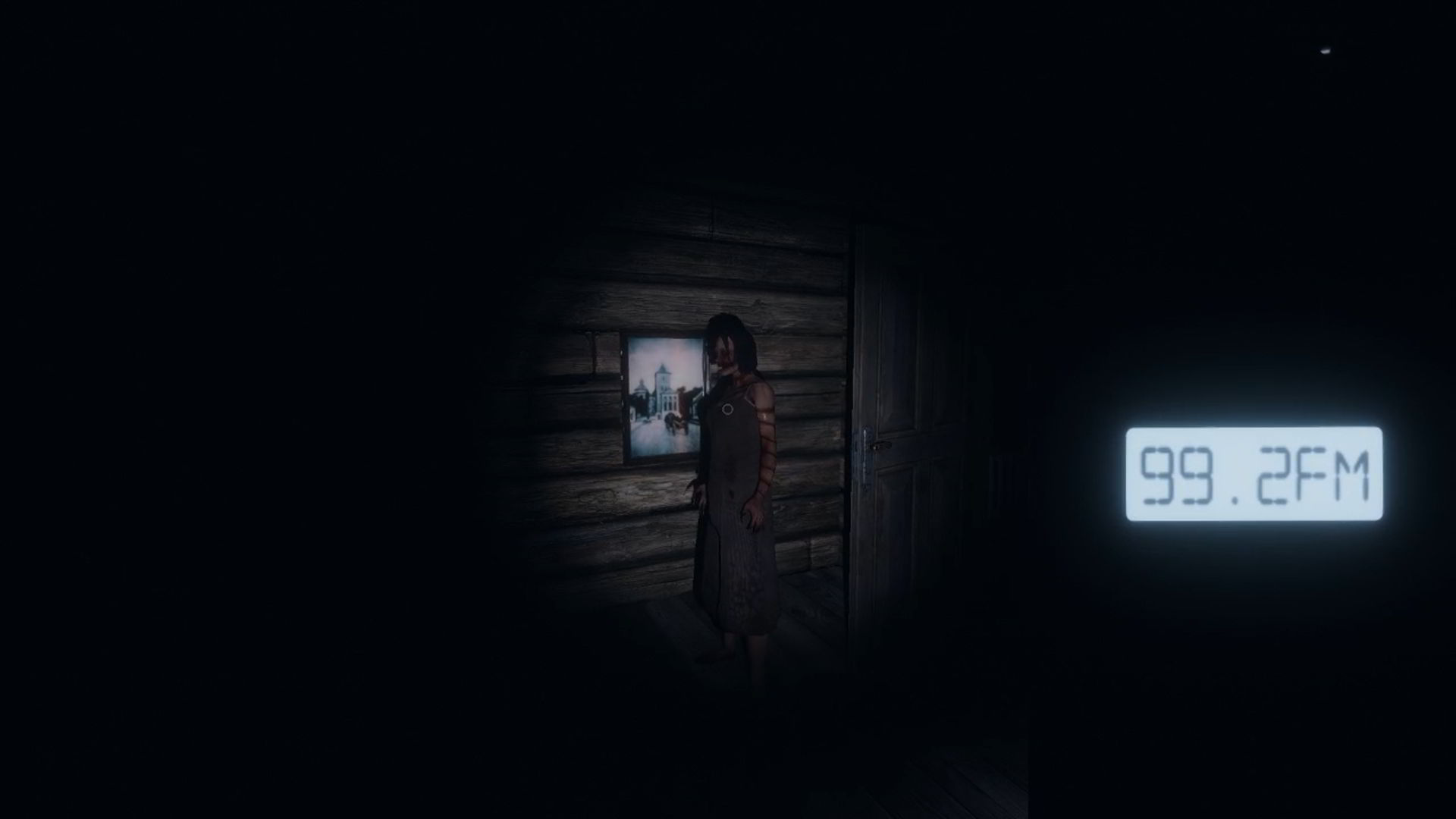 Um, Hello? Are you lost?

However, note that the lower sanity you are, the more likely the ghost will mess and even attack you. The ghost will enter a hunting phase that lasts longer depending on what difficulty you’re playing on. During this phase on radio chatter ceases, flashlights and electronics get flickery and jumbled, and the doors outside lock, dropping the players in. You are forced to hide and stay ABSOLUTELY quiet (one of the game’s best features is that the ghosts can and RESPOND to your VOICE; even simply saying its full name can anger it) until the “Hunt” is over. Not doing this will result in being strangled to death and losing all your gear. All ghosts can attack, some more than others.

Take my word for it: I’m a level 120 that has solo’d several professional runs against very mean demons. I am coming close to 50 hours in the game, and that number is surely increasing as you read this. This game loses its scare the more you play. Yes, that is the case for all horror games, but this one just happens to lose it faster than others. Over time you can be accustomed to the ambiance, you are no longer off-put about it. The ghost’s attempts to scare you no longer work. They don’t jumpscare you often (and when it does it is not a cheap “Five Nights and Freddy’s” jumpscare), so the most it could do is a whisper in your ear or appear in the corner. Sure you might get caught off guard and jump a little bit, but you won’t scream. I even find myself getting more frustrated sometimes, especially when the ghost just simply does not want to work with you. You won’t get scared or pause the game, you’ll just be like, “Oh, you’re right here!” Its scare factor dips and soon you can play this game while relaxed with a straight face, even in the dark. That might just be because I’m not on VR because I don’t have one. 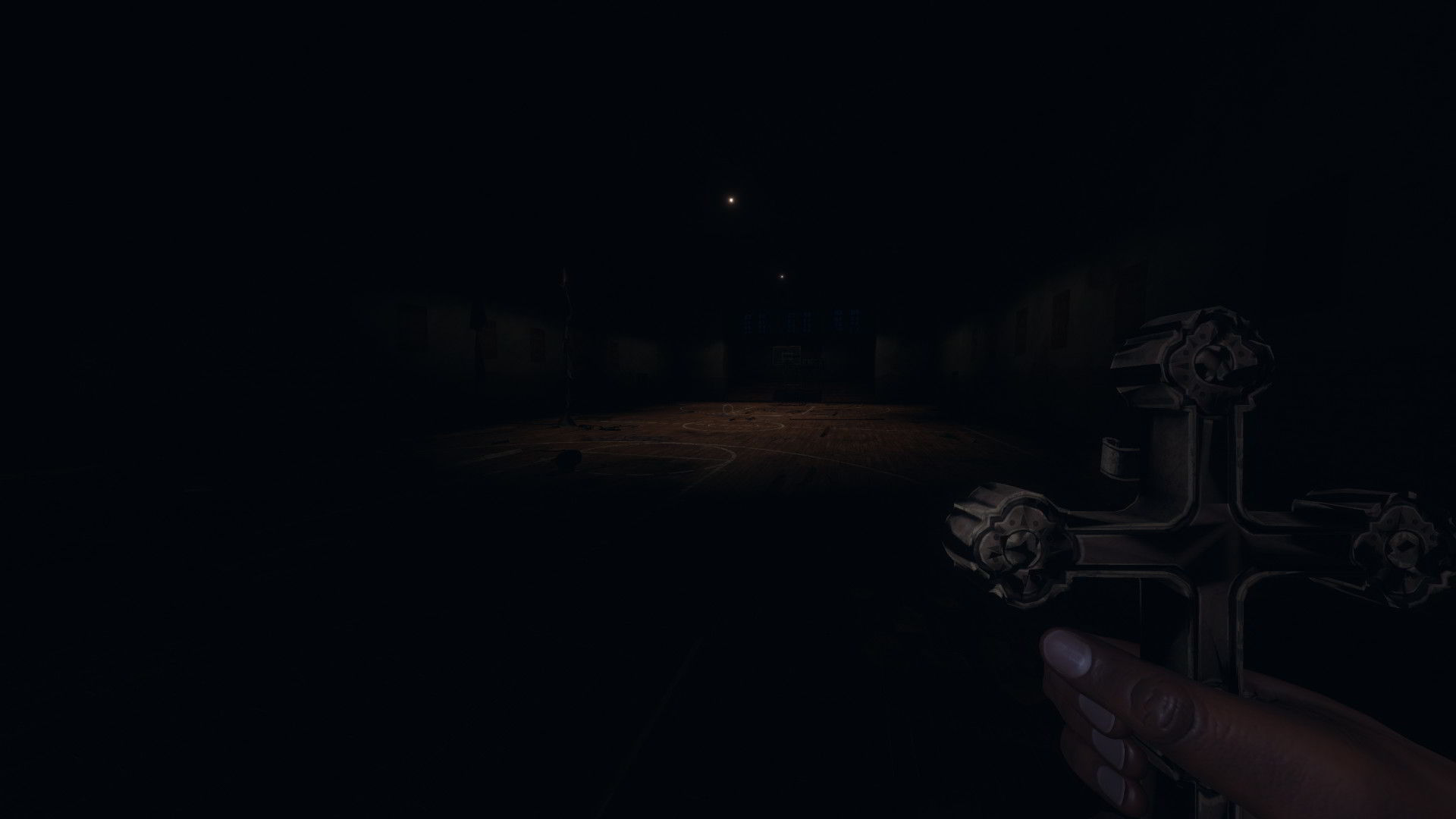 The cross has different effects against different spirits, so always keep it on you.

Oh, You Will Believe

However, the redeeming factor is that the developers have heard the criticism from their player base. Our suggestions in the Discord are seen and considered, and they are committed to delivering the best scare to fans.

Phasmophobia, despite coming out only a month ago, is already packed with potential. The development team at Kinetic Games are active and are listening to the players, and they managed to make a simple idea done so many times in movies work so well as a multiplayer game. It’s just another example that in horror, simplicity does best. No need to go over-the-top, because bigger is not always better. Once against, simplicity does best. I wholeheartedly recommend this game.