Daymare: 1988 PC Review – If The Suspense Doesn’t Kill You, The Boredom Will

I decided to not write this review until I completely finished Daymare: 1988. I stuck with it through the first three levels, but constantly kept wondering to myself, why? The storyline is interesting, the genre appealing, and the only reason I wanted to continue was to see how the story and characters developed towards the end. Segments of the gameplay get interrupted by stylized cutscenes which help you navigate and add a sense of progress. Honestly, if it were not for those, I wouldn’t think I was going in the right direction. The environments are detailed and vast but are also very simple in design and architecture. Many of the rooms are nothing more than cleverly placed 3D models that force you to go in the right direction. The placement logic, however, is questionable. I mean, my tough as nails character can walk, run, shoot, and melee his way out of a room, but can’t access an adjacent hallway because a small obstacle the size of a shoebox is in his way? C’mon now.

The plot, while interesting, is as old as time and the story-driven characters each have their own distinct look and feel but lack any discernible personality. Unlike the characters from Resident Evil or Silent Hill where you felt a strong connection for, the characters here are so devoid of any charisma that controlling them felt more like a chore than an adventure. The enemies fare no better with predictable attack patterns and vulnerabilities that quickly get old. In fact, in some instances, you don’t even have to fire a single shot to escape a room full of the undead. They’ll simply chase you for a while until they eventually get bored and leave you alone. 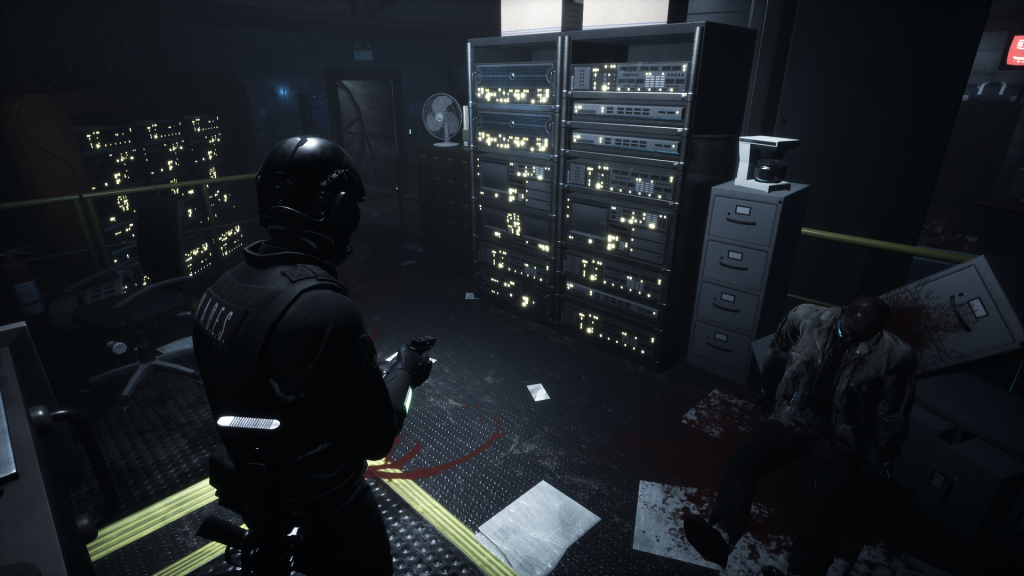 Poor fella. Hope he was given hazard pay

But the biggest disappointment has to be with the fight mechanics. Too many situations have I emptied my magazine on an enemy that was literally a few feet away and still, it kept coming even as I blasted it with headshots. There are mind-boggling events when the enemy AI goes through a scripted action before taking a tumble forcing you to waste precious ammo because I thought it was still alive but it was simply going through its death animation. The reloading system is slow and methodical and the melee feature is pretty much useless. This is where the fights quickly become monotonous and uninspiring. You’re better off just running around and avoiding any nasty encounters.

Another unbalanced feature is the puzzles riddled throughout the game. Many of them just didn’t make sense and after scratching my head a few times, I simply gave up and looked through a guide. I know these puzzles are meant to keep the gameplay challenging, but a few of them bring absolutely no value to the gameplay other than to add unnecessary frustration. 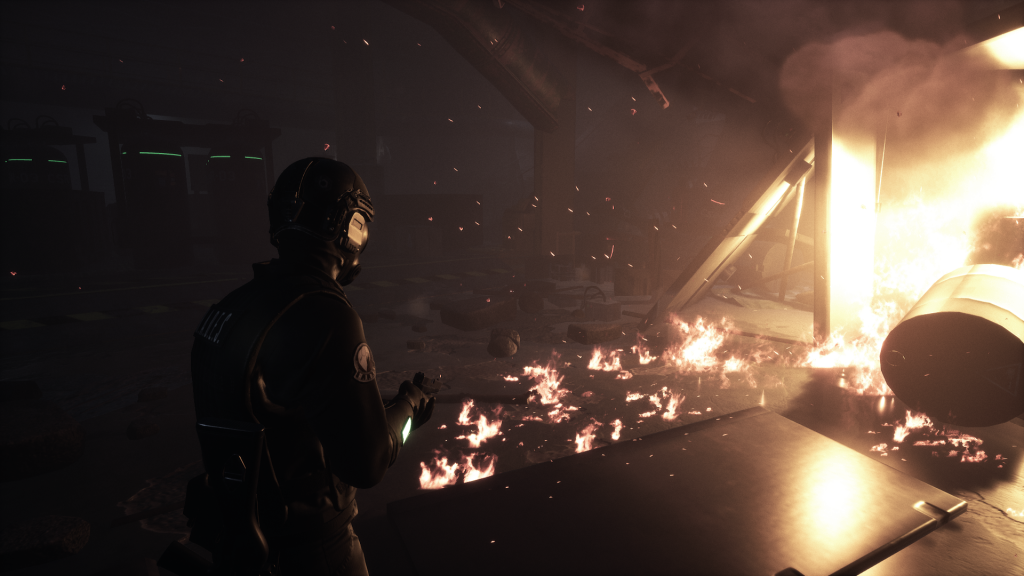 Who’s having a cookout?

Included with these shortcomings are the average sound effects and soundtracks that are suitable but not memorable. I believe the developers were trying to go with a more intense cinematic theme, but a more ambient approach would have been better. I know it seems like I’m bashing the game, but it’s only because I want it to succeed. It has all the ingredients to be so much more – it has the retro vibe and the classic horror adventure gameplay that I haven’t felt since the days of Resident Evil.

If the developers had just allotted more time polishing up the gameplay and improving the fighting mechanics, this title could have broken out of the mediocrity it is plagued with. As it stands now, Daymare: 1988 doesn’t really add anything to the genre to warrant a purchase especially when you can get more value from other survival horrors/survival adventure games out there. Save your money and grab one of the Resident Evil remakes instead.