Don’t be fooled by the simplistic graphics. Command and Conquer: Remastered is an enhanced version of one of the all-time PC greats.

One nice thing about computer gaming is that sooner or later, you’ll eventually get what you ask for. Command and Conquer is one of those games that defy reasoning. To be perfectly frank, the gameplay, audio, and visuals can most likely be done on a tablet and still be ridiculously fun to play. So why is it then that a remastered version of an iconic PC title worthy of high praises and accolades? It’s simple: Command and Conquer thrived on deceptively simple but addicting gameplay. You can achieve so much with so little effort that it becomes a joy to play. 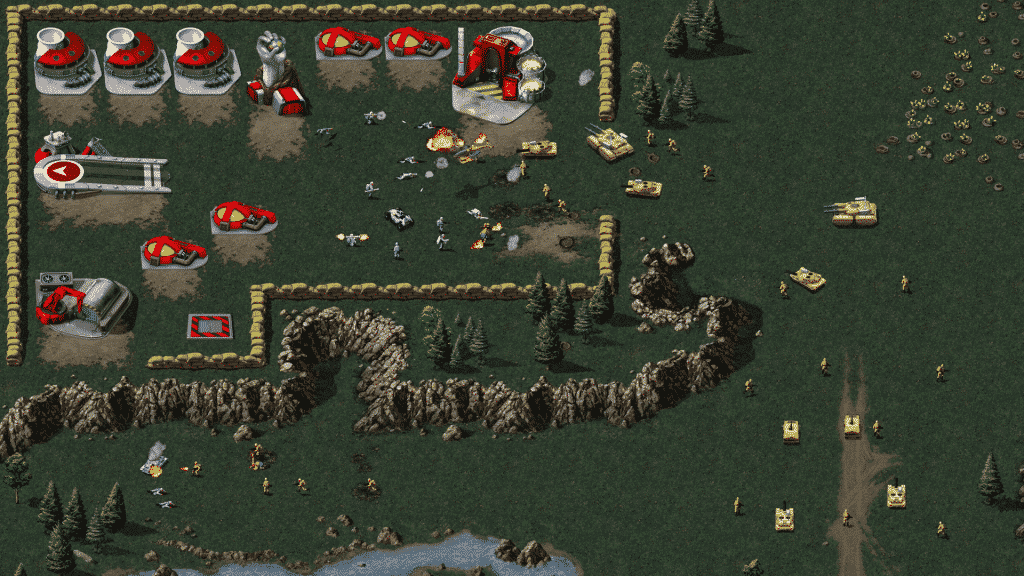 When the opportunity is there, go for the attack.

Oddly enough, the background and developing storyline is as interesting as the actual tactics and battles. As with many real-time strategy games, the point and click interface is exceptionally intuitive to use. Taking control of entire battalions and setting up individual commands for specific soldiers is as easy as sending in a massive attack force to crush your enemy base once and for all.

This is all made easier by the inclusion of a competent artificial intelligence. If your units are being attacked, and your busy fighting elsewhere, your troops think for themselves, retaliating, or retreating depending on their strength and situation. While these explore, exploit, and exterminate missions make up the bulk of the game, the designers have tweaked and twisted that approach as far as possible. Instead of redundant missions where you have to ‘harvest here’ and ‘conquer there’, you’re often given a task to defend a base that has already been taken or to capture an enemy facility to expand your foothold.

Combat itself hasn’t changed from the original with enemy encounters being fast, furious, and tactically complex. The variety of weapons makes for a quick study in the necessity of combined arms to ensure positive outcomes. The fairly smart AI usually takes the best route three out of four times, although players may want to keep an eye on things when giving long movement orders. As I’ve mentioned earlier, the computer AI isn’t the brightest, but it works. Sometimes it makes some oddball decisions, like sending small troops in instead of an entire force making them easy targets to mow down. Thankfully, the robust multiplayer options make up for any AI shortcomings.

I Came. I Saw. I Conquered.

While I adore this remastered version, I feel the designers may have been a bit reluctant to tinker with the winning formula to correct any shortcomings that were in the original. While the graphics and sound have aesthetically improved, many of the missions still have just ‘one way’ to complete them. In other words, if you don’t follow the right path, all other strategic avenues you use will often lead to destruction. This is especially true in many of the quest missions which make those objectives feel more like you’re solving a puzzle rather than playing a strategy game.

Overall, Command and Conquer: Remastered is still a beautiful and challenging game. While the original was released over 25 years ago, the enhanced visuals and full-motion video really bring back that old-school nostalgia. The production value here is very high and special care was obviously taken to ensure the gameplay remained intact without focusing too much on the eye candy. If you loved and played the original as much as I did, then get ready to harvest the crystals, subdue your enemies, and win the big one for humanity; because you’ll be reliving 1995 all over again.

← Journey into the Dark Below in Necromunda: Underhive Wars Formula Retro Racer PC Review - A Slick Racer That Comes Short of the Winners Circle →