Retro Rewind – What We Played This Weekend

TL;DR: The three most iconic beat’em ups of the 16-bit era remembered.

I’m a big Rage fan, so when I was asked to pick out a retro game to play on the weekend, I knew it had to be Streets of Rage. We dusted off the Sega Genesis and plugged it into an old CRT TV and got to work on a non-stop retro weekend. On the whole, I was very impressed with SoR as I was with it nearly 30 years ago. It remains to this day, the fastest and most playable progressive fighting game ever. And although it wasn’t that challenging (I beat it in one sitting) it was still incredibly fun while it lasted.

The power-ups and weapon-related special moves offered up some nice addition to the gameplay. Team Rage’s fighting mechanics were honed to near perfection. And the graphics, though showing their age, was better than I remembered them to be. Add to that the soundtrack from Yuzo Kushiro and you literally got the perfect gaming package. It’s no wonder why so many considered Streets of Rage to be one of the premier fighting games of the 16-bit era. If you’re a retro gamer or a Rage fan like myself, I urge you to try this one out again. 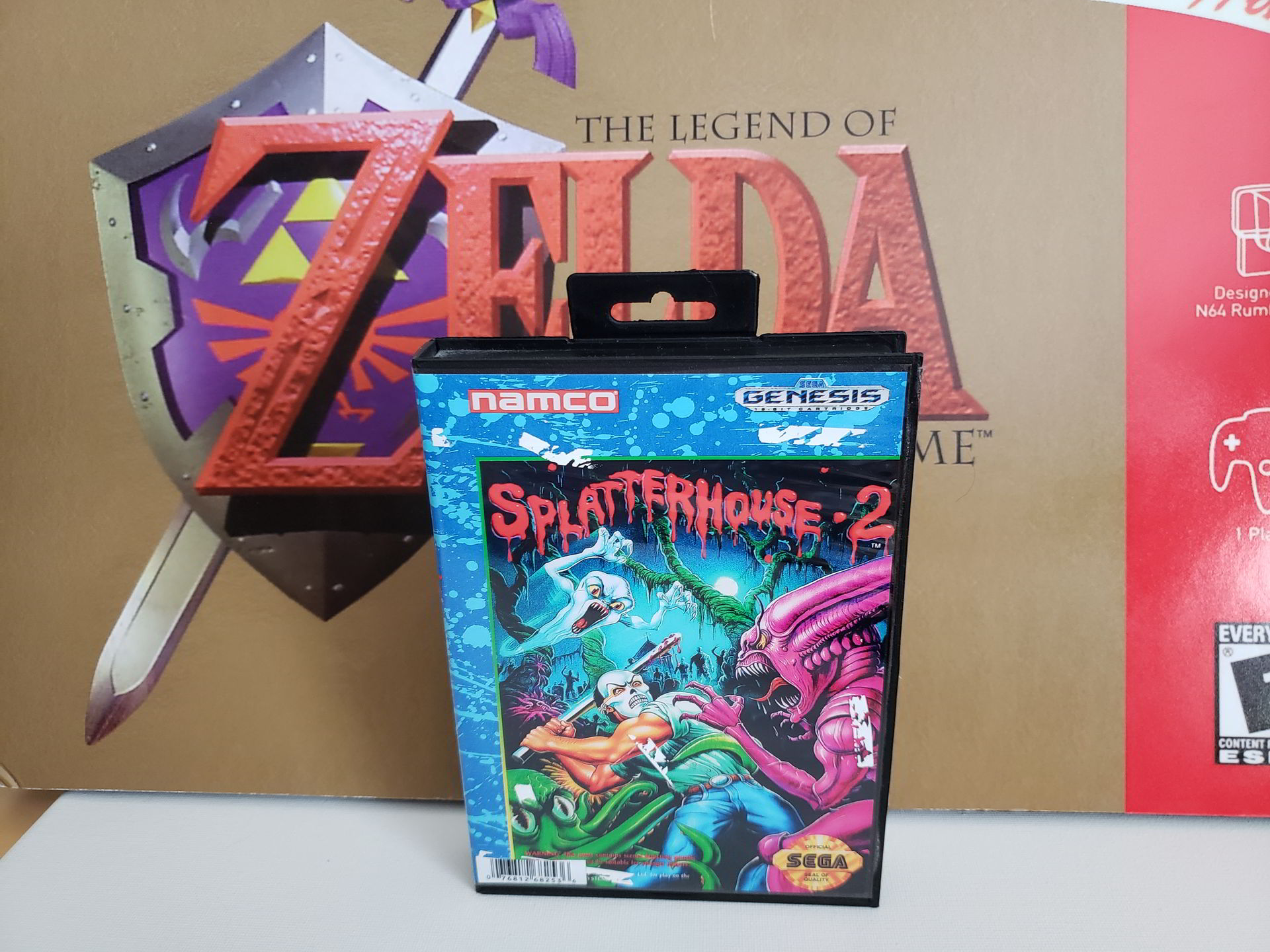 Forget Jason or Michael. Rick was the best pipe-wielding killer of all time.

When I saw Splatterhouse playing on a Turbo Grafx-16 system, I was completely gobsmacked and knew immediately that this was the game I was gonna bed down with over the weekend. I was only a mere pup when the game was released in 1992, but that didn’t stop me from breaking open my piggy bank and buying a Sega Genesis home system just to play the game. I remember vividly my reaction when Spalterhouse 2 first popped onto the TV screen. With its arcade-quality graphics, stunning sound, and brilliant beat’em up action, I knew it was the best video game since Pac-Man. Plus, Splatterhouse 2 was the first to depict real gore and upped the ante for shock value.

Splatterhouse 2 was a fantastic sequel to an already great game. I’m glad Namco had decided to keep the gore intact because if it hadn’t, it would have lost a lot of its appeal. But just because it’s an older game, don’t expect it to be a walk in the park as it is not an easy game to complete. The action might be straightforward, but the execution and look of the game (especially for that time) is totally unique and well worth replaying! 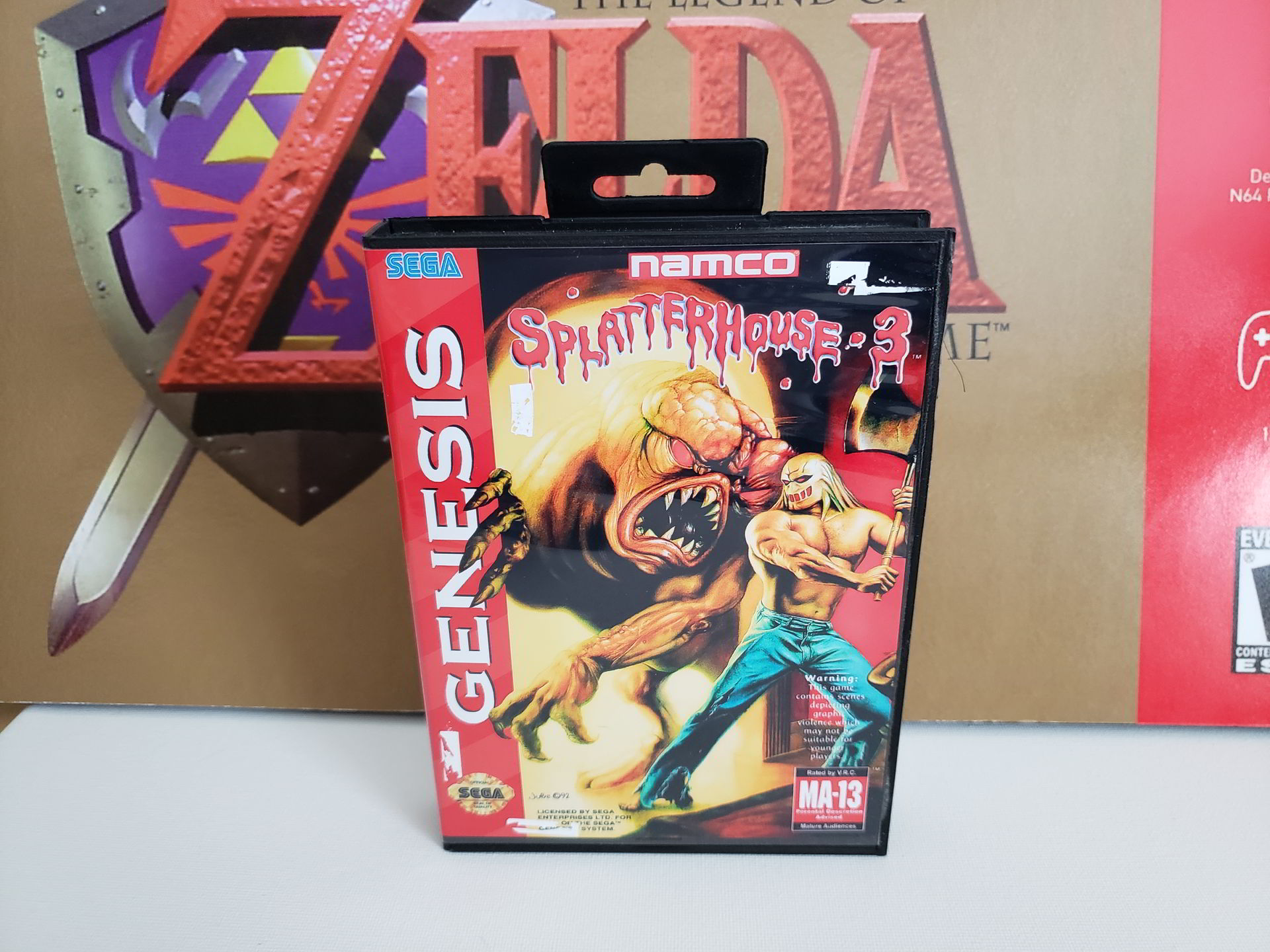 Splatterhouse 3 takes the previous games linear gameplay and gives it a gut-wrenching twist. Sure, the action is still side-scrolling,  but you can now choose your path to the game. The gameplay is still iconic as you have to punch, kick, and whack the green stuff out of your enemies while annihilating the end boss. From there, you move from floor to floor on a mission to save your family. Unlike the previous versions, the soundtrack here is intense and fits the mood well. When Rick howls in agony, you can actually feel his pain. It’s a sound that will remain with you for a long time.

Overall, I enjoyed reliving  Splatterhouse 3, and considering it was released in 1993, I’d say the graphics and gameplay still hold up very well. The high ‘gross-out’ factor is good clean fun and will have you riveted to your seat until the last good splat! If you ever get a chance to replay this classic, don’t think twice and just do it.