A Look Back: DieHard GameFan Magazine 1994

The November 1994 Issue of Die Hard Gamefan was a pivotal issue for two reasons: it marked the end of the 16-bit era and the start of the 32-bit revolution.

Time sure does fly. I was going through my collection of magazines when I came across the November 1994 issue of DieHard Gamefan. Coming in at just under 200 pages with a dazzling lime green cover, this particular issue was chockfull of reviews, articles, and previews of what would be the last great batch of 16-bit games. It also heralded the decline of one era and the start of the 32-bit revolution under Gamefan’s newest segment: The 32-Bit Zone! This issue, in my opinion, had one of the greatest games ever to grace a video game cover: Donkey Kong Country! 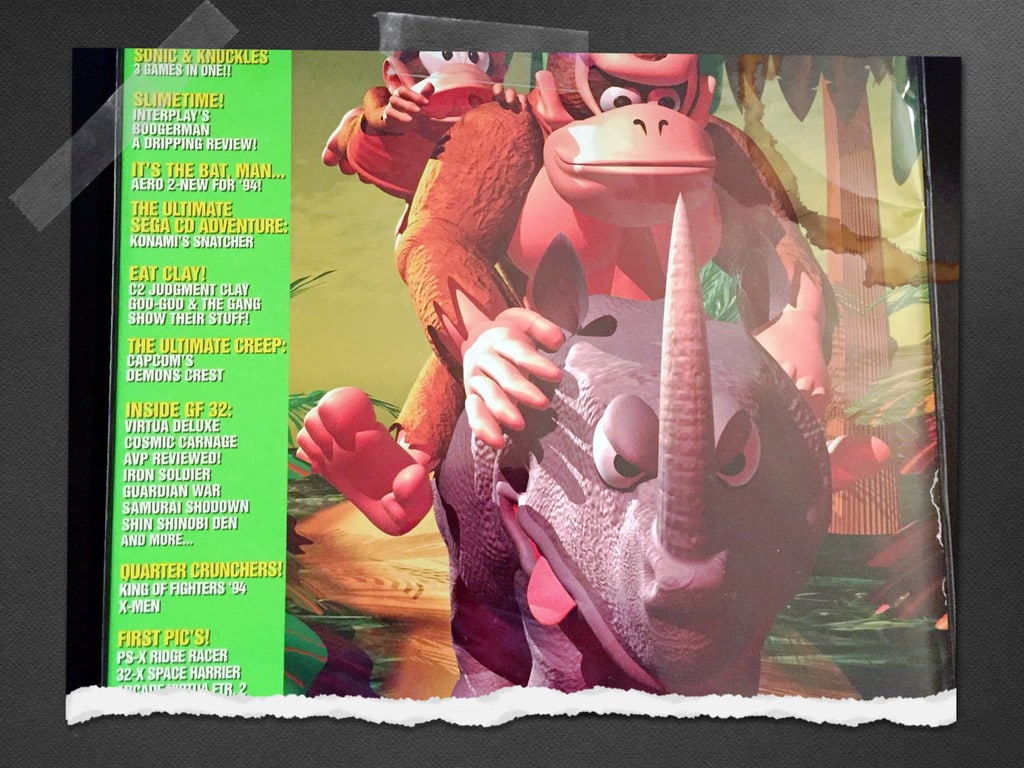 No matter where you lived, the only country every gamer wanted to be in, was Donkey Kong Country!

The Men Behind The Monkey

Donkey Kong Country proved to players around the world that there was still a little bit of life left in the SNES. Players who were throwing down big chunks of money on early 32-bit systems, like the Jaguar and 3DO, were shaking their heads in disbelief when they realized they could experience next-gen graphics on their aging console. The editors at Gamefan were known to be pretty stingy with their reviews, so it’s a bit surprising to see so many games with such lofty scores. This was a testament that developers were becoming more competent in creating quality games during the final stage of the 16-bit era. 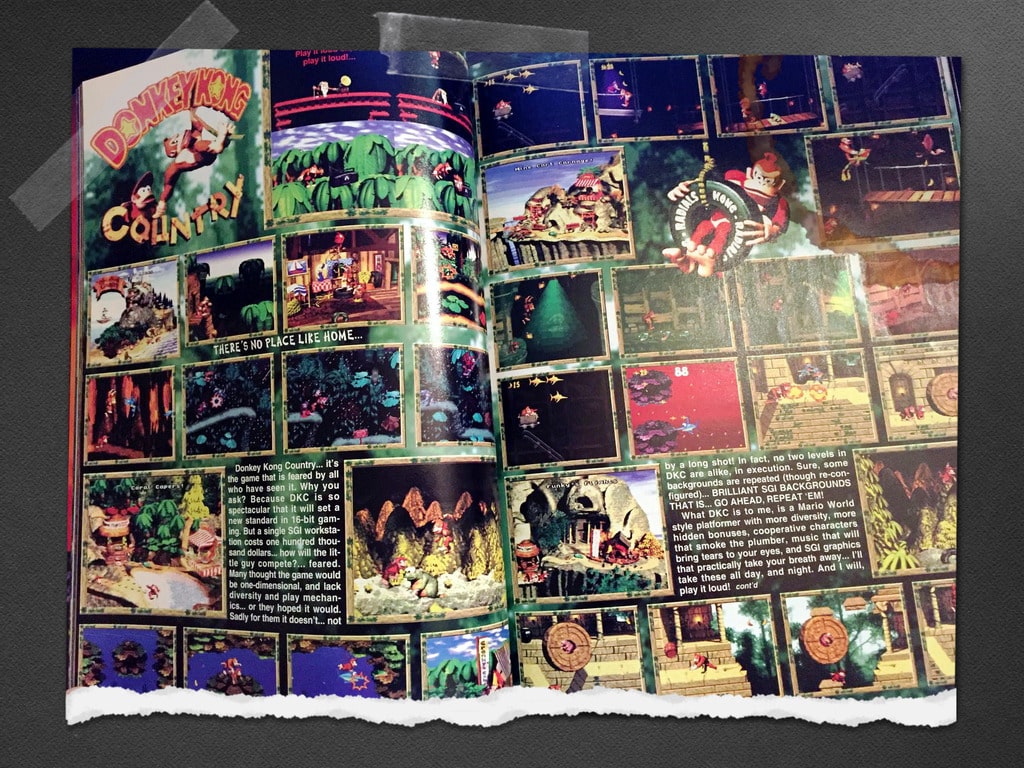 The Start of the Next-Gen Wars

You know you’re on to something good when a magazine devotes an entire six pages to it! I was an early adopter of the 32-bit scene, having already purchased a 3DO and a Jaguar several months before DKC was released. Admittedly, the only game I had in my 3DO library that had graphics as good as DKC was Madden, and to an extent, Crash ‘n Burn. 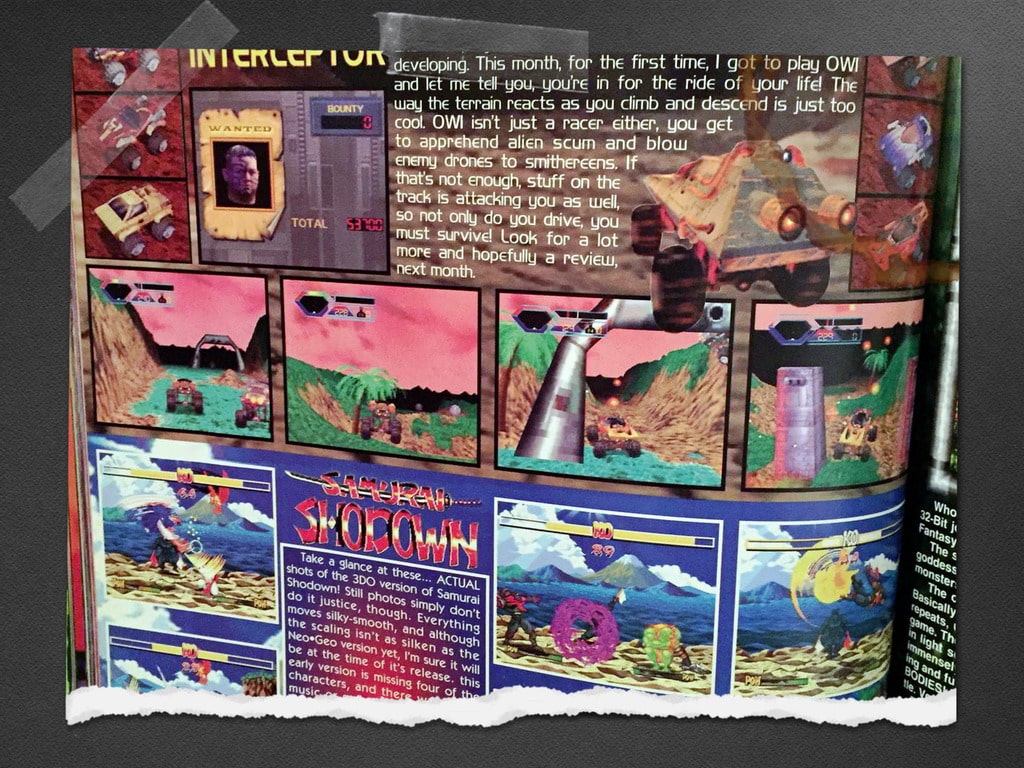 Samurai Shodown and Off-World Interceptor for the fledgling 3DO were two of the highly anticipated games previewed. I purchased both games after they were released and were pleasantly pleased with them. Admittedly, between the two, I had more fun with Samurai Shodown. It was a near-perfect translation of the arcade version which I use to pump quarters into. Everything, from the zooming to the blood splatters, was close to pixel perfect. 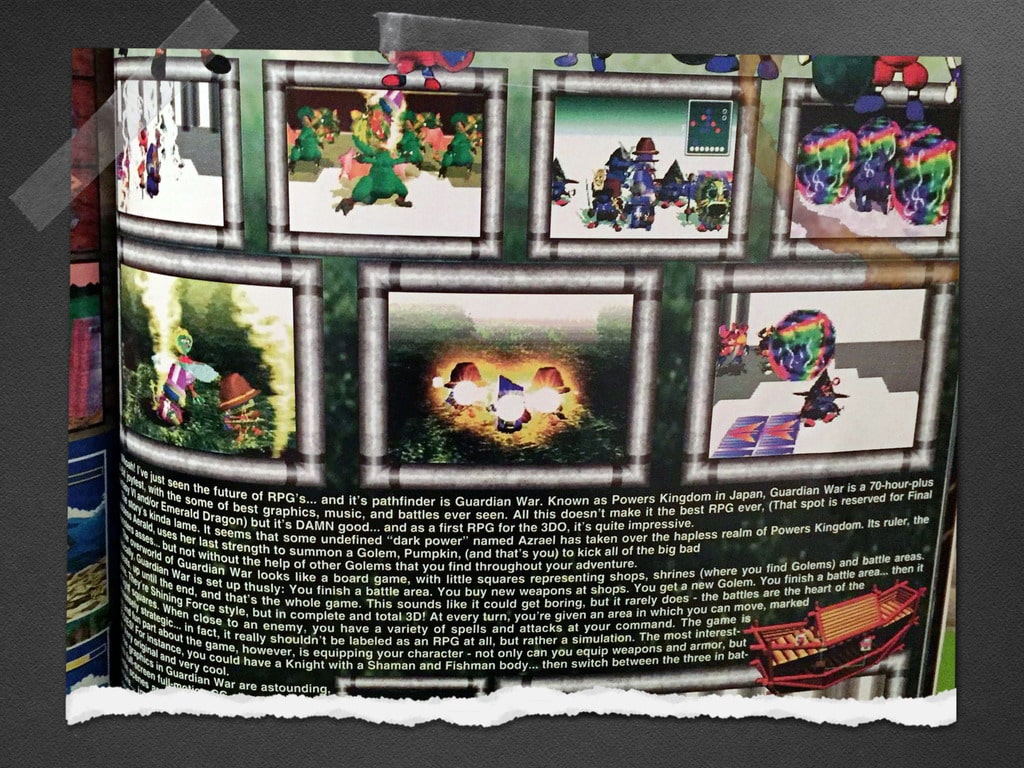 I loved me some role-playing games back in the day, so reading about Guardian Wars for the first time had me all giddy inside! I eventually purchased a copy but was somewhat disappointed with the clunky interface. The graphics, as you can see were outstanding for its time, but the gameplay felt like it was moving in slow motion. Still, a great RPG to try out if you can find a copy. 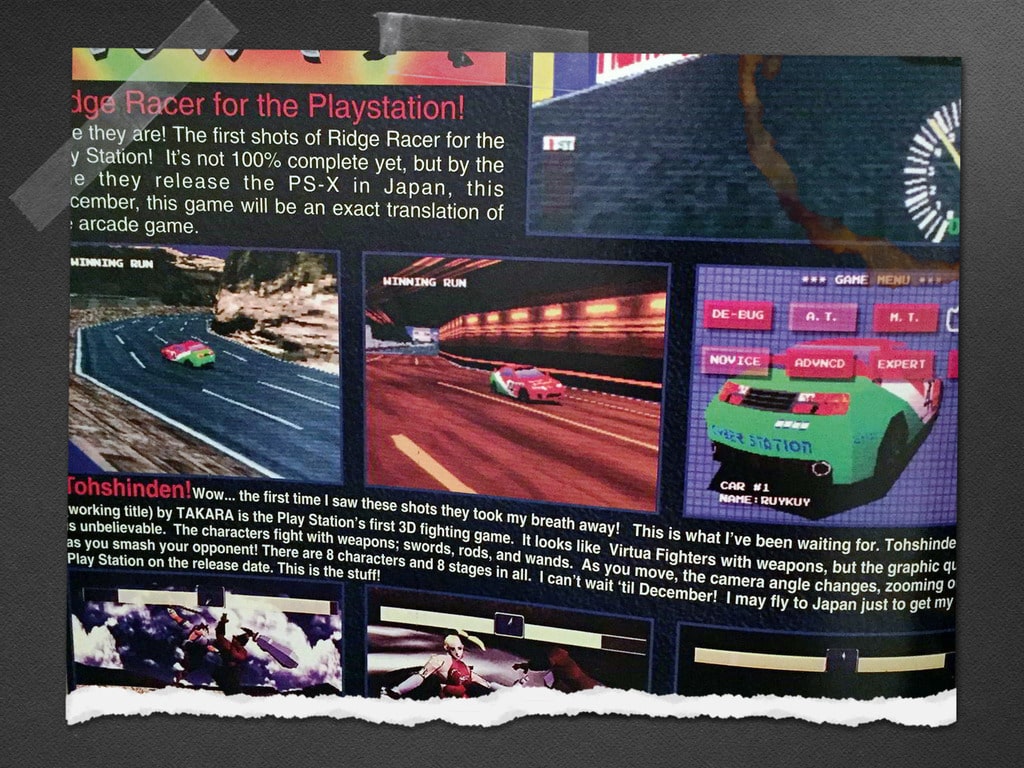 Gamefan also had a section in their magazine devoted to the gaming scene in Japan, aptly called Japan Now!  The arrival of the PlayStation was a big deal as you can imagine. When I first saw these screenshots of Ridge Racer and Toshinden, I thought it couldn’t get any better. A few hours later, I was in the car heading off to Electronic Boutique and plunked down my pre-order money of $100. Those were great times indeed!